NewsReviewsArticlesGuidesGamingAsk the ExpertsNewsletterForums
Mobile Devices, Tablets & Phones
Looking for some high-end in-ear headphones that promise unpecedented features and performance? Sleek-Audio are promising a pair in the near future which they call the SA7. 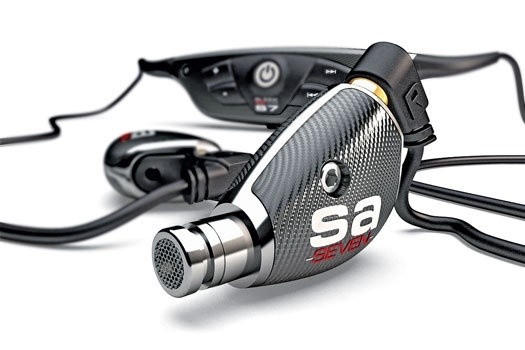 Looking at the press shot above, the design is sure unique and gives the impression they are indeed of very high quality. You can see true attention to detail here with a carbon-fiber shell plating over a single military grade aluminum block.

Other nice features include a detachable cable and treble port that is made from metal and screws on the body, further ensuring a solid tough build that should easily deal with the issues that plagued Sleek-Audio's older SA6s.

The source is indicative of Kleer's new and improved wireless system being included with the SA7s which is apparently worth around $100 on its own. The SA7's pricing hasn't been confirmed, nor availability as yet, but it said to be somewhere in the ballpark of $350-$400.
NEWS SOURCE:techpowerup.com