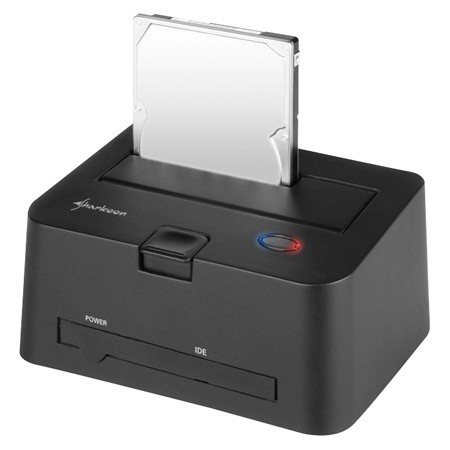 It's also possible to connect IDE based 3.5-inch drives to it via another separate panel at the front of the dock. 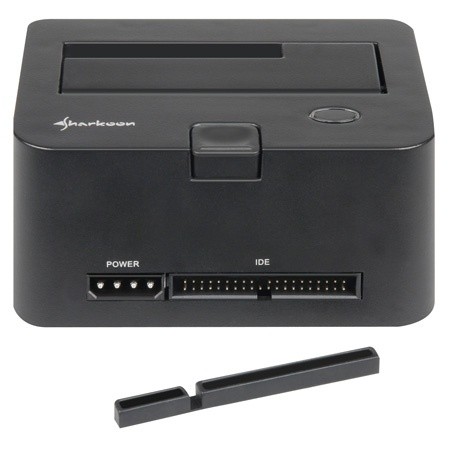 The dock has dimensions of 71 (H) x 133 (W) x 95 (D) mm and weighs just over half a Kg. There are both power and HDD LEDs on front to let you know whats happening as well as two forms of PC connectivity at the rear, the old USB 2.0 standard and the more favourable, but not as common eSATA connection. 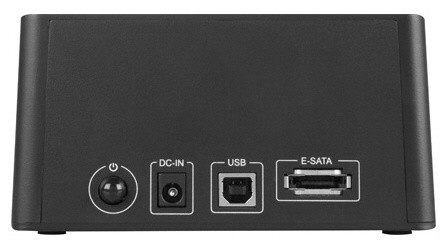 Sharkoon is shifting this particular model of the QuickPort series at an MSRP of 36.90 Euro.
NEWS SOURCE:sharkoon.com
Newsletter Subscription