NewsReviewsArticlesGuidesGamingAsk the ExpertsNewsletterForums
Connectivity & Communications
Many enthusiasts don't want small when it comes time to build a new computer, they want powerful. However, for some uses -- like an HTPC machine -- smaller is better. For this crowd a new board is coming from Gigabyte and the first pictures of the small mainboard have surfaced. 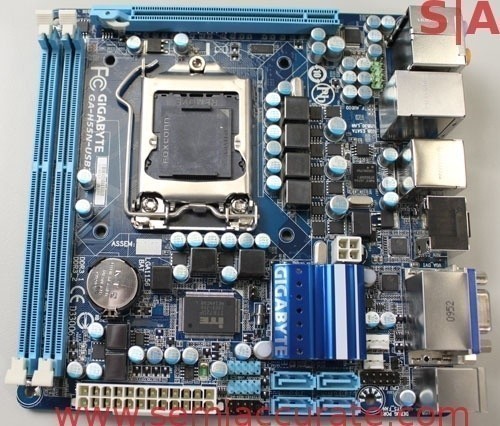 The new mainboard is called the H55N-USB3 and measure in at a scant 17x17cm. In that small space you get some interesting features like a PCIe x16 slot for graphics, two RAM DIMMS, support for LGA1156 Intel processors, and dual BIOS'.

The board has four SATA ports but lacks a RAID controller. On the back panel, the board has lots of connectivity with HDMI out, DVI out, and VGA out among other ports. Pricing and availability are unknown.
NEWS SOURCE:semiaccurate.com