Today it is MSI that is showing of their new GXT 480 in the hopes that at launch time you have them firmly in mind for your NVIDIA DX11 purchase. The card in question is the N480GTX, and like the others that will hit the stores around the 26th it is a reference card.

MSI is making claims of "military-class" components for N480GTX. However, I am not sure that this is the right thing to do. After being in the Military myself, I can tell you that most of what I used was old, used and often in need of constant maintenance. Here's to hoping that they MSI GTX 480 is nothing like that at all.

No word on pricing or actual retail availability just yet. 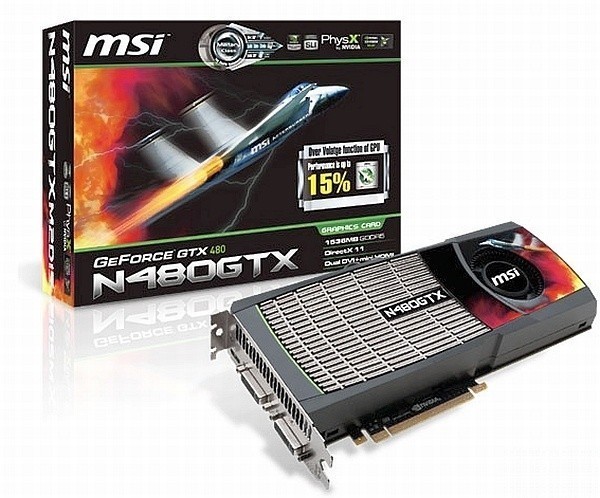