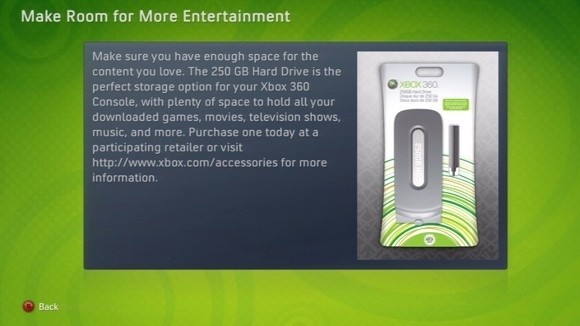 Microsoft has made available its 250GB Xbox 360 hard drive across the globe at a price of $129.99 USD with apparent immediate availability in retailers worldwide. This drive was previously only sold as part of special console bundles and could not be purchased separately.