All NewsBusiness, Financial & LegalCases, Cooling & PSUContests & GiveawaysCPU, APU & ChipsetsDealsDisplays & ProjectorsGamingMotherboardsScience, Space & RoboticsStorageVideo CardsVirtual & Augmented Reality
All ReviewsAll ArticlesAudio, Sound & SpeakersCases, Cooling & PSUCPUs, Chipsets & SoCsComputer SystemsDisplays & ProjectorsGamingMotherboardsNetworkingPeripheralsStorageVideo Cards
GuidesGamingAsk the ExpertsNewsletterAboutForums
RTX 4090Windows 11Halo InfiniteBattlefield 2042Elon MuskGTA 6RTX 3080HDMI 2.1
Video Cards
Whilst we all continue to count down the days until NVIDIA lets Fermi (GF100) off its chains, little has been shared to give a clearer perspective on just how these latest and greatest monsters from NVIDIA dubbed the GTX 480 and GTX 470 will perform.

But, one thing that we're sometimes seeing pop up is the box designs some of the AIBs are going to use to ship their variants in. Not exactly exciting, but sure whets the appetite a bit.

The folks over at Toms Hardware have acquired box art images from Palit for its GTX 480 and 470 models, both using a V designed engine theme. 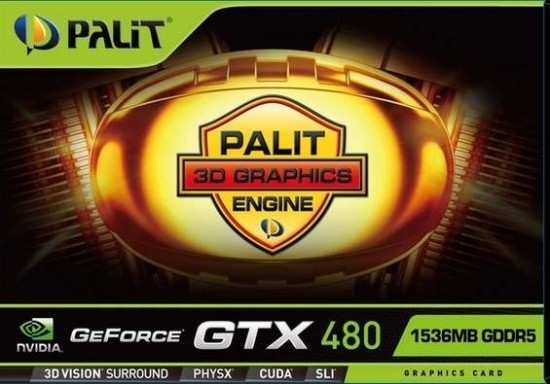 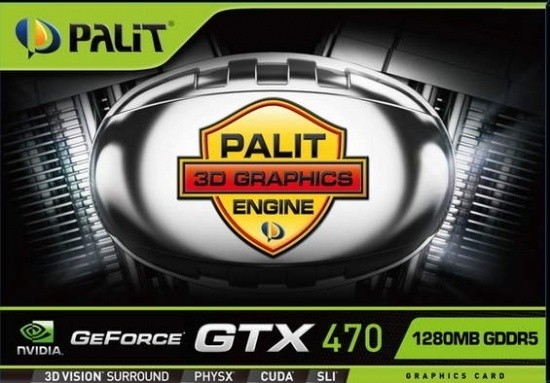 We can see the 470 gets a silver color theme whilst the top dog 480 gets some gold treatment. All other aspects of the features about the card shared on the box aren't anything we didn't already know. Interestingly there is no mention of DX11 support printing anywhere on the front of these boxes, but we all know that's one of the major highlights of this new family from NV and likely Palit have it printed on the back.