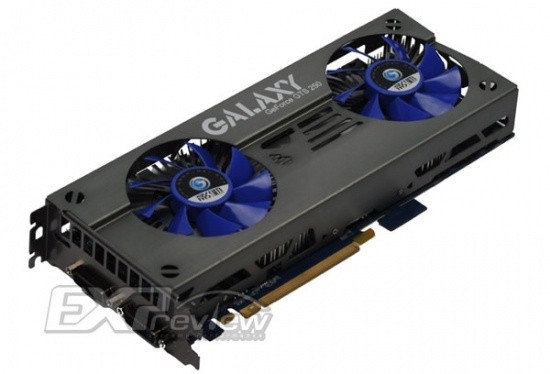 Expreview have obtained some nicely presented images of the final retail version of the card together with a screenshot indicating its performance capabilities using 3DMark Vantage. They were able to confirm it uses 1GB of memory (512MB per GPU) and comes with clock speeds of 600/1500/1000 MHz for the core, shader and memory clocks. Galaxy also bundles the card with its Galaxy Magic Panel HD software that gives the ability to further push the clockspeeds. 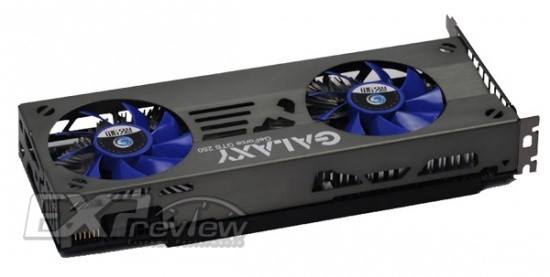 The card requires two x 6-pin PCI-E connectors for power and has a unique cooling solution with the heatsink also covering the memory and VRM areas. It uses dual 70mm fans running at 2000RPM, each nestling directly above one of the two GPUs onboard.

In the screenshot below you can see the card clocked up to 675/1000/1696MHz along with a 3DMark Vantage (Performance) result at these clockrates of P13694; somewhere in between the performance of a GTX 285 and GTX 260. 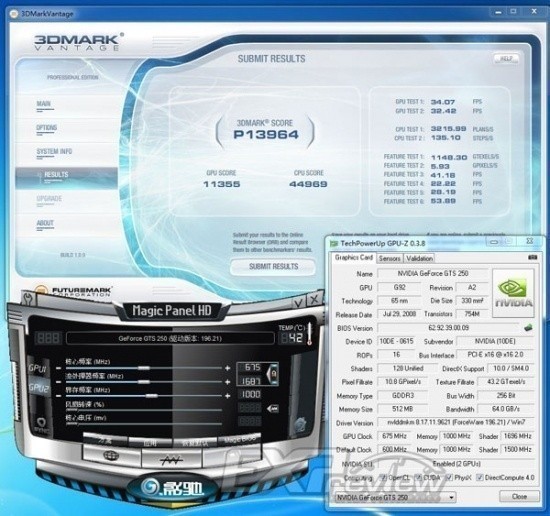 The most interesting thing to note will be the price, something that hasn't yet been mentioned. This will of course determine its success in amongst an already extensive level of options on the market.
NEWS SOURCE:en.expreview.com
Newsletter Subscription