All NewsBusiness, Financial & LegalCases, Cooling & PSUContests & GiveawaysCPU, APU & ChipsetsDealsDisplays & ProjectorsGamingMotherboardsScience, Space & RoboticsStorageVideo CardsVirtual & Augmented Reality
All ReviewsAll ArticlesAudio, Sound & SpeakersCases, Cooling & PSUCPUs, Chipsets & SoCsComputer SystemsDisplays & ProjectorsGamingMotherboardsNetworkingPeripheralsStorageVideo Cards
GuidesGamingAsk the ExpertsNewsletterAboutForums
Video Cards
After yesterday getting a viewing of a naked GTX 480 reference card thanks to the folks at Tweakers.com, more images have leaked onto the web, this time of the GTX 470 PCB along with its cooler. 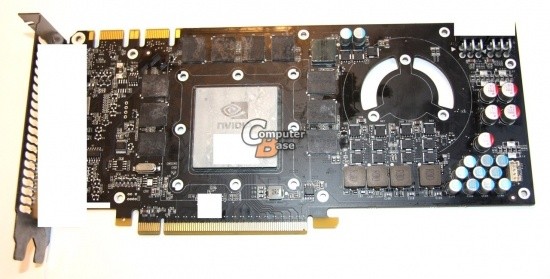 We can see from these shots the referenced designed PCB is a little more stubby than the 480 using a more compacted arrangement. Due to the nature of its 320-bit memory interface it uses just 10 memory chips which you can see surrounding the 470 GPU. The VRM is down to 4-phases with a 1 phase vMem, whilst power is fed by two 6-pin PCI-E connectors. 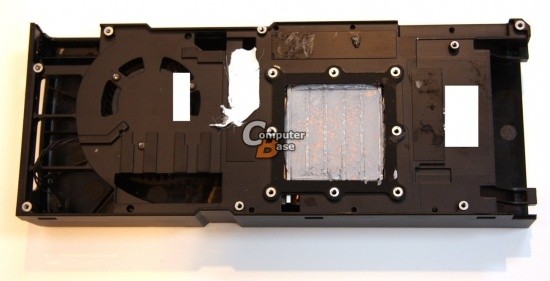 The cooling assemnbly is also a more compact design when compared to the 480s but still makes use of copper heatpipes making direct contact with the GPU, whilst the cooler's base also makes contact with the memory chips and MOSFETs.