All NewsBusiness, Financial & LegalCases, Cooling & PSUContests & GiveawaysCPU, APU & ChipsetsDealsDisplays & ProjectorsGamingMotherboardsScience, Space & RoboticsStorageVideo CardsVirtual & Augmented Reality
All ReviewsAll ArticlesAudio, Sound & SpeakersCases, Cooling & PSUCPUs, Chipsets & SoCsComputer SystemsDisplays & ProjectorsGamingMotherboardsNetworkingPeripheralsStorageVideo Cards
GuidesGamingAsk the ExpertsNewsletterAboutForums
Computer Systems
I am sure I am not the only geek who has been bored on a long road trip and though it would be cool to have a PC in the car. The inside of a vehicle can be a harsh environment for a computer, especially during the hot and cold months in some areas. 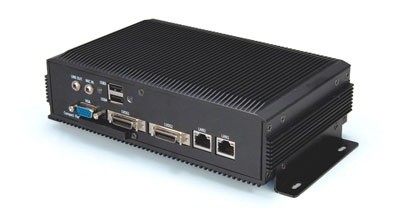 VIA has unveiled a new rugged computer that is aimed at commercial applications and would be great for use in a car. The PC is called the ART-3000 and it is a small fanless rugged machine. It uses the VIA EITX-3000 mainboard and can survive 5Gs of vibration and up to 20Gs of shock with CompactFlash used as storage.

The machine uses a 1.3GHz VIA Nano CPU and a VIA VX8000 media system processor. It has up to 2GB of RAM and graphics are thanks to a VIA Chrome 9 GPU. Three displays are supported and up to two simultaneous different video feeds are supported to the displays.
NEWS SOURCE:via.com.tw