All NewsBusiness, Financial & LegalCases, Cooling & PSUContests & GiveawaysCPU, APU & ChipsetsDealsDisplays & ProjectorsGamingMotherboardsScience, Space & RoboticsStorageVideo CardsVirtual & Augmented Reality
All ReviewsAll ArticlesAudio, Sound & SpeakersCases, Cooling & PSUCPUs, Chipsets & SoCsComputer SystemsDisplays & ProjectorsGamingMotherboardsNetworkingPeripheralsStorageVideo Cards
GuidesGamingAsk the ExpertsNewsletterAboutForums
Mobile Devices, Tablets & Phones
Amongst the mass of criticism surrounding Apple's new iPad are those that can't wait to get their hands on one. If you'd like to be on the list, word's out that the iPad will be available for pre-order as of this week (February 25) in the U.S. and Apple will commence shipping it towards the end of March, whilst a 3G equipped version will start shipping late April. 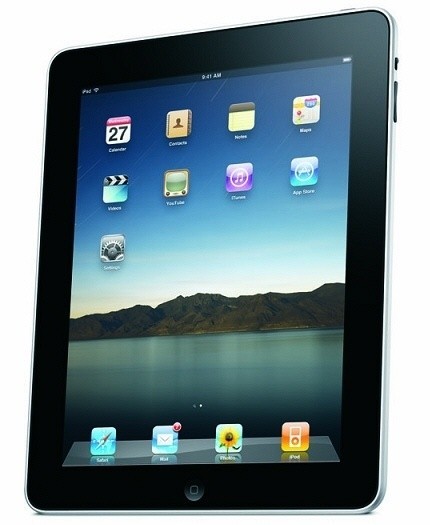 The iPad will kick off at $499 for the 16GB model, $599 for the 32GB and $699 for the 64GB one. These will be backed by two mobile internet plans; one costing $14.99 a month with a 250MB cap and the other costing double at $29.99 a month with unlimited data.
NEWS SOURCE:tcmagazine.info
Newsletter Subscription