While Kingston had already previously released a 256GB flash drive (the DataTraveler 300) to the Asia/Pacific, Europe, Middle East and African regions back in July of last year, this drive is an updated model, thus dubbed the DataTraveler 310. 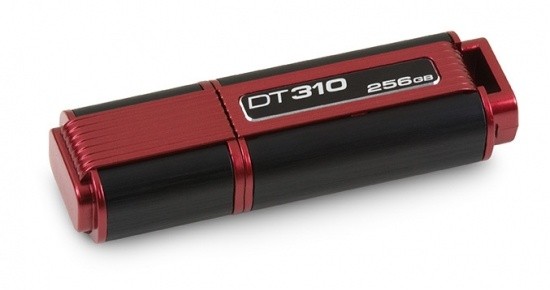 The drive uses a removeable protective cap that can be attached to the rear when the drive is being used.

Kingston reports read and write rates of 25MB/sec and 12MB/sec respectively and it is based by a five year warranty. But if its big capacity you want, be prepared for the big price tag as well. Kingston have slapped an MSRP of just over 1100 bucks on it.

For further details, you can locate Kingston's announcement here.