NewsReviewsArticlesGuidesGamingAsk the ExpertsNewsletterForums
GIVEAWAY: Gaming peripherals upgrade thanks to Corsair worth $280
Mobile Devices, Tablets & Phones
PUMA has been around in the athletic shoe and clothing arena for a long time now. Back in the day, those were some of the shoes to have. PUMA has now announced officially its cool PUMA Phone that has debuted at MWC. 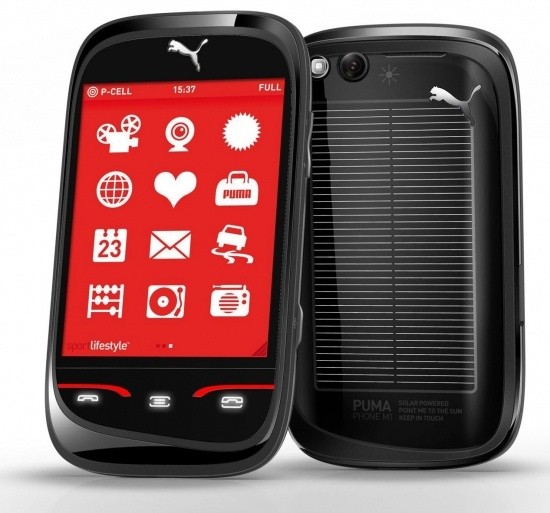 The handset is a multimedia smartphone that is built by Sagem Wireless. The device offers access to the web and multimedia content on PUMA's website. One of the coolest features is that het phone has a solar charger built into the back.

Other features include video call capability, a 2.8-inch touchscreen, 3.2MP camera with LED flash, Bluetooth photo sharing, and GPS. The handset operates on HSPA and W-CDMA/EDGE/GPRS/GSM networks. Talk time is up to five hours per charge and the device will ship in Europe this April.
NEWS SOURCE:sagemwireless.com