NewsReviewsArticlesGuidesGamingAsk the ExpertsNewsletterForums
GIVEAWAY: Gaming peripherals upgrade thanks to Corsair worth $280
Computer Systems
Netbooks are great machines for those who don't need tons of power and want a cheap and portable device. Netbook hardware is also appealing to those who are looking for a computer to use in a home or office, but want a larger screen to work on. This is where the nettop all-in-one computer class comes in. 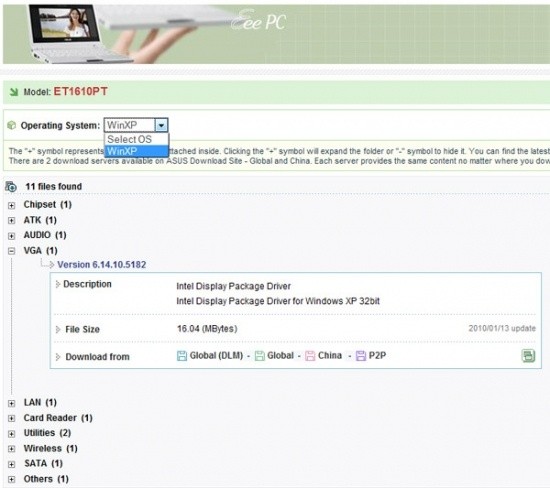 A new Asus nettop called the Eee Top ET1610PT has surfaced that runs the Intel Atom D410 processor. The machine has a 15.6-inch screen with a resolution of 1600 x 900. Graphics are via Intel GMA X3150 and the machine will be available in black or white colors.

Other features of the machine include WiFi, 1GB or 2GB of RAM and a 160GB HDD. The screen is also touch capable for control with a finger. A version with the same specs minus the touch feature is also said to be coming to market. The machine was found after its model number and drivers were posted to the Asus support site.
NEWS SOURCE:translate.google.com