All NewsBusiness, Financial & LegalCases, Cooling & PSUContests & GiveawaysCPU, APU & ChipsetsDealsDisplays & ProjectorsGamingMotherboardsScience, Space & RoboticsStorageVideo CardsVirtual & Augmented Reality
All ReviewsAll ArticlesAudio, Sound & SpeakersCases, Cooling & PSUCPUs, Chipsets & SoCsComputer SystemsDisplays & ProjectorsGamingMotherboardsNetworkingPeripheralsStorageVideo Cards
GuidesGamingAsk the ExpertsNewsletterAboutForums
RTX 4090Windows 11Halo InfiniteBattlefield 2042Elon MuskGTA 6RTX 3080HDMI 2.1
Video Cards
A short while back we learned of a highly unique GTS 250 graphics card from NVIDIA partner GALAXY in that it carries two GTS 250 GPUs onboard. The information that our VGA reviewer Shane acquired was somewhat limited at that time, but he's now learned a lot more about it along with having confirmation that GALAXY does in fact intend to mass produce this model. 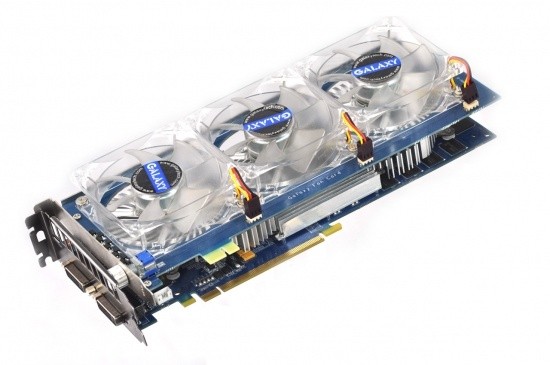 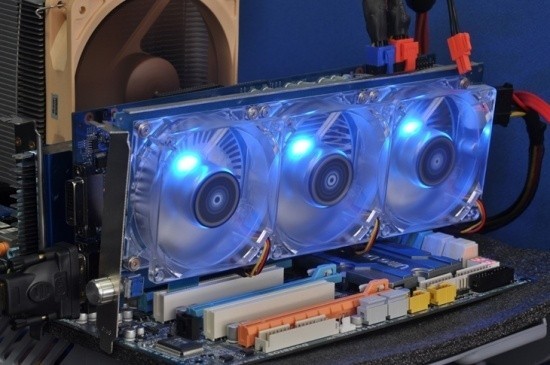 As you can see from the fresh pictures above which reveals the type of cooling setup used, due to its design it looks like it'll take up three slots in your case, but will ensure there are no problems with its out of box overclock at 675MHz on the core and 1696MHz shader.

With the GTX 285 having reached EOL, the GTS 250 GPU is currently the fastest desktop GPU NVIDIA has in its lineup (until Fermi arrives) and GALAXY have done everything they can to make the most out of the model, not only stopping at making it a dual-GPU setup.

Shane has also acquired some screenshots of the card in action, revealing its performance characteristics through the use of Futuremark's 3DMark Vantage and 3DMark06. 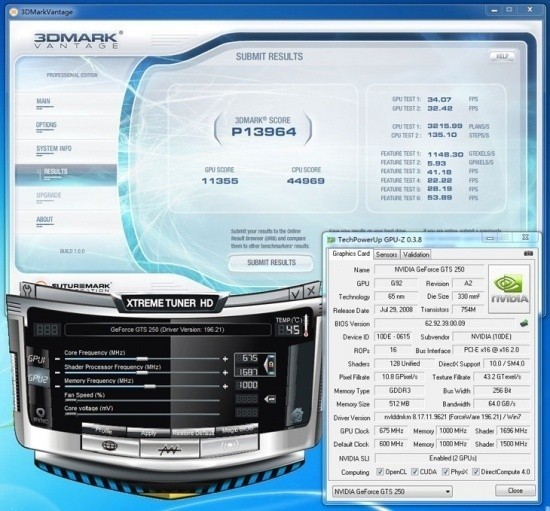 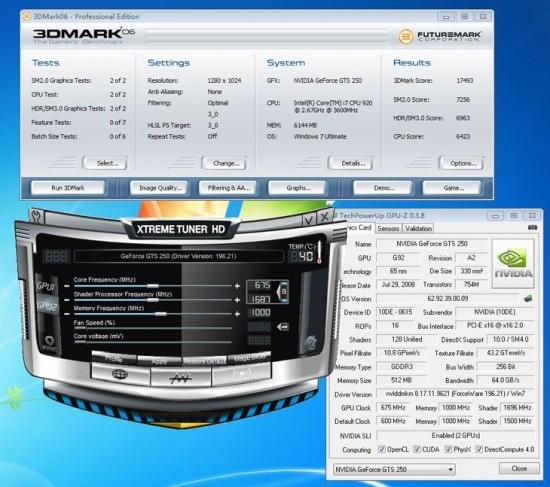 Looking at the results here, it appears the card performs slightly better than a singular GTX 280 card and depending on what pricing GALAXY will release it with, it should attract a lot of interest at launch I am sure.
NEWS SOURCE:shanebaxtor.com
Newsletter Subscription