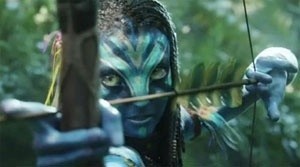 The two firms have announced that they will be using RealD 3D technology, the same tech behind the 3D version of the film, on the video game titled James Cameron's Avatar: The Game. The game will be coming for the Xbox 360 and PS3 consoles.

We already knew that the PS3 would get an update that would allow it to support stereoscopic 3D games and movies. I didn't know that the Xbox 360 would support 3D as well. The launch date for the game is unknown.
NEWS SOURCE:reald.com