However, it's possible to find fully working samples housed in various demo systems when strolling around the show floor. We first caught a glimpse of a single-card GF100 setup at Digital Experience yesterday which was running the DirectX 11-enabled Heaven benchmark from Unigine.

Spotted on the first day of CES today is another Maingear Shift rig running not one, but three GF100 cards in 3-way SLI. The rig was running NVIDIA's own developed Rocket Sled demo. 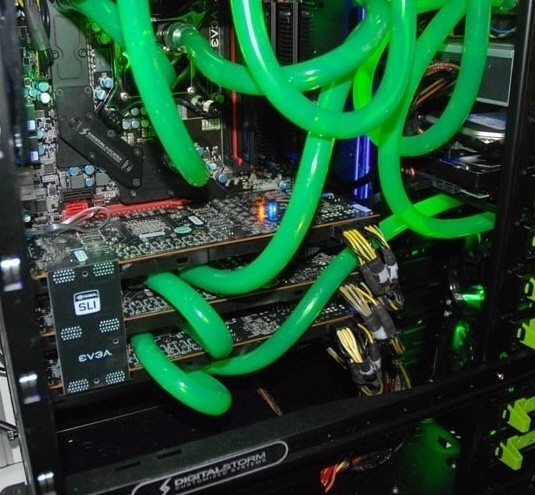 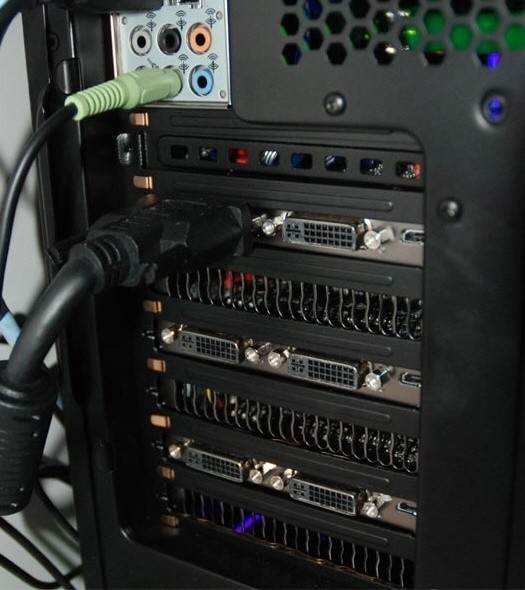 You can see from the images above, the cards are watercooled and paired with an eVGA X58 motherboard and Core i7 processor.

Check out the video coverage below to watch the cards in action :-

NVIDIA has confirmed it intends to release GF100 sometime in Q1 so expect to hear a lot more about it in the very near future.
Newsletter Subscription