All NewsBusiness, Financial & LegalCases, Cooling & PSUContests & GiveawaysCPU, APU & ChipsetsDealsDisplays & ProjectorsGamingMotherboardsScience, Space & RoboticsStorageVideo CardsVirtual & Augmented Reality
All ReviewsAll ArticlesAudio, Sound & SpeakersCases, Cooling & PSUCPUs, Chipsets & SoCsComputer SystemsDisplays & ProjectorsGamingMotherboardsNetworkingPeripheralsRAMStorageVideo Cards
GuidesGamingAsk the ExpertsNewsletterAboutForums
RTX 3090 TiRTX 4090Diablo 2GTA 6Halo InfiniteElon MuskRTX 3080HDMI 2.1
Laptops
I'm not sure what to make of the smartbooks starting to hit the market. The first time I saw a netbook I thought the devices would never make it and today I own one and love it. I'm not going to say that the smartbook is not going to make it right now, but the things are costly enough to put them head to head with many netbooks. 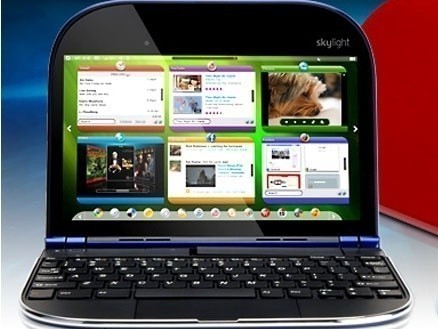 Lenovo has announced its first smartbook called the Skylight that is set to ship this spring. The machine runs a 1GHz Qualcomm snapdragon processor. This is the same processor found in some smartphones. The device has a 10-inch screen with HD resolution.

Lenovo claims that the battery life is long enough for ten hours of straight use. The device appears to have a proprietary operating system and is designed for surfing the web. The device will sell for $499 when it ships and Lenovo says that AT&T will be offering a subsidized version. I'd rather have a netbook with Windows at that price.
NEWS SOURCE:shop.lenovo.com