All NewsBusiness, Financial & LegalCases, Cooling & PSUContests & GiveawaysCPU, APU & ChipsetsDealsDisplays & ProjectorsGamingMotherboardsScience, Space & RoboticsStorageVideo CardsVirtual & Augmented Reality
All ReviewsAll ArticlesAudio, Sound & SpeakersCases, Cooling & PSUCPUs, Chipsets & SoCsComputer SystemsDisplays & ProjectorsGamingMotherboardsNetworkingPeripheralsStorageVideo Cards
GuidesGamingAsk the ExpertsNewsletterAboutForums
Laptops
So far Netbook specs have been much the same across the mass of models to have swamped the market, no thanks to Microsoft and Intel's tight restrictions for low-cost machines.

The good news is that this will loosen up somewhat in the near future thanks to Windows 7 and Intel's upcoming next-gen lineup of Atom chips, allowing for a bit more freedom in what can be done with the platforms to release a wider range of differing models. 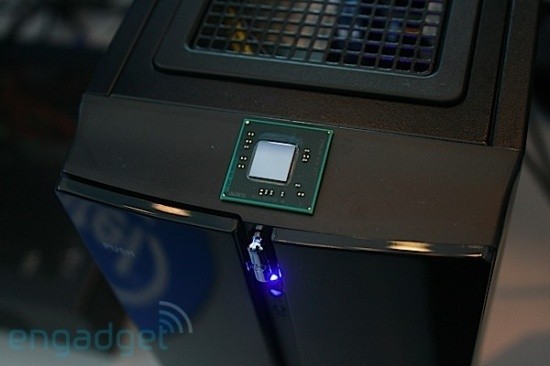 Microsoft has already started allowing netbook manufacturers to load Windows 7 Home Premium on machines without restrictions, and now Fudzilla says Intel will lift the 1GB RAM limit from Atom machines when the 1.83GHz N470 Pine Trail chip hits in March. That means we'll start to see more of a range of netbook specs going forward, but the low-end will probably still be dominated by Windows 7 Starter and the Atom N450, which will still be limited to 1GB of RAM, so don't expect to be happy with the cheap stuff anytime soon.
NEWS SOURCE:engadget.com
Newsletter Subscription