Today we have a picture of the board that was used for the testing. This is a dual socket board that showed up as Dinar2 (Dinar is a form of currency used in the Middle East).

The picture does not show us much other than the name and the edges of the CPU sockets and RAM slots.

I have to wonder if the name is in anyway representative of the money that AMD received for the purchase of their foundry operations. If so that would be odd after all the money can from Abu Dhabi, a country that uses the Dirham as currency. 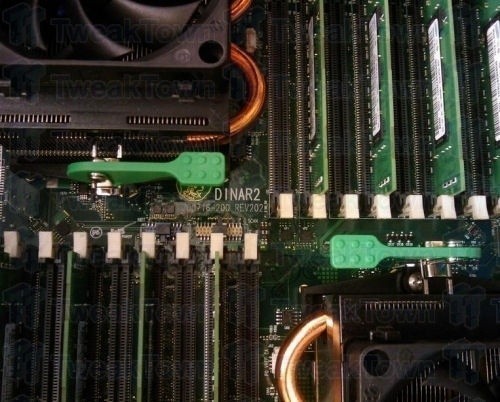