If the rumors about the naming structure are correct we should see a single PCB Dual GPU card called the 5870X2 hit the stores at $599. While the single GPU version will be called the 5870 and only set you back about $399. At the bottom end of the 58xx line we will see the 5850 sell for about $299.

This fits in with what is typical of a new GPU. You can also bet that once nVidia responds AMD will be quick to offer incentives which should filter down to the consumer.

AMD plans to launch these three upper end cars on September 10th, this will give them a good lead on the launch of Windows 7 and DX11.
Their plans are to pretty much wage war with nVidia over DX11 gaming. So far nVidia has not fired back at the shots that AMD has sent their way. But then again nVidia has an event planned for the same day as the AMD launch and there is no telling what they will show. 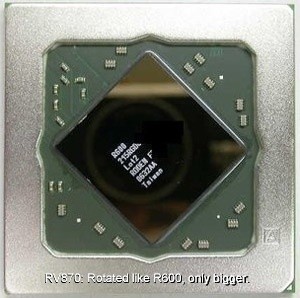