But, we do hear some interesting news about it. If the information out is correct we should see the 32nm dual-core i3 show up with a clock speed of no less than 2.93GHz in the lowest-end model. The core i3 will fit into the existing 1156 sockets but will not work with the existing P55. The reason for this is the lack of the controls needed to translate the information from the IGP to the VGA/DVI/HDMI connections.

Interestingly the Core i3 530 will only have a 73 Watt TDP. This is pretty impressive when you consider that number includes the IGP.

The IGP will include Intel's Clear Video HD and will run at 733MHz.

There is no official word on when the Core i3 will be ready but it should be either late this year or early 2010. 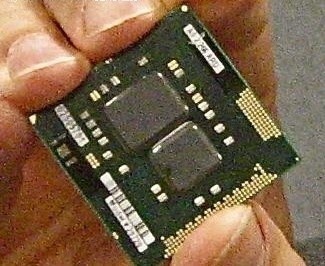