All NewsBusiness, Financial & LegalCases, Cooling & PSUContests & GiveawaysCPU, APU & ChipsetsDealsDisplays & ProjectorsGamingMotherboardsScience, Space & RoboticsStorageVideo CardsVirtual & Augmented Reality
All ReviewsAll ArticlesAudio, Sound & SpeakersCases, Cooling & PSUCPUs, Chipsets & SoCsComputer SystemsDisplays & ProjectorsGamingMotherboardsNetworkingPeripheralsStorageVideo Cards
GuidesGamingAsk the ExpertsNewsletterAboutForums
Halo InfiniteBattlefield 6Elon MuskGTA 6RTX 3080RTX 3070HDMI 2.1Bitcoin Mining
Gaming
Here is some news that we all have been waiting for. The crew over at DICE has been hard at work on the Frostbite Engine. This is the engine that is used in the Battlefield games. The current version supports up to DX10 and can be run on the XboX 360, PC, and PS3. The new version will have support for DX10.1 and DX11.

The main feature they are interested in is the highly parallel workings of the engine. It is capable of running two to eight threads. This is perfect for the i7 and represents a real multi-core advancement over past games.

The actual port of the game was not that difficult as it reportedly only took three hours to complete. You can now add Battlefield to the list of coming DX11 games. This shows a much faster adoption than DX10 did when it was at the same place. Of course there are not as many differences between DX10 and 11 as there were between DX9 and 10.

In all it makes the outlook for DX11 games and hardware for the coming year. 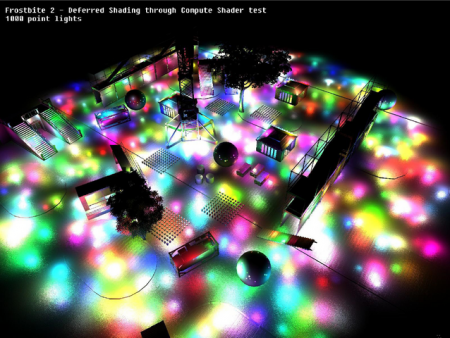