The rumor is about Intel and their 32nm process. According to the latest rumor Intel will start ramping up 32nm production in the fourth quarter of this year. Ok so far it sounds like what we have all already heard and close to the official roadmap.

Next up is that we will see Clarkdale and Arrandale in Q1 2010, again not much that is different from the current road map. Six Core Gulftown should be read by Q2. and we will see both 45nm Nehalem and 32nm Westmere exist at the same time.

This is nothing out of the ordinary for Intel, after all they had different process Core 2 CPUs co-existing so there is no reason not to believe this will be the case.

Either way it does look like Intel will beat AMD to 32nm with volume production this year and volume shipment early next year. 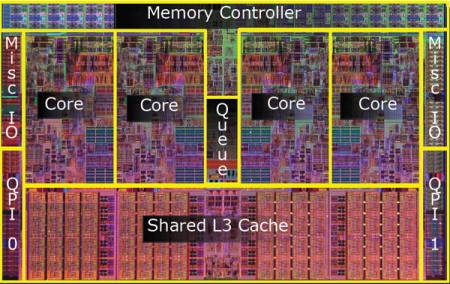