So it comes as no surprise to hear that AMD has launched a new 3D Workstation part. This new part is an addition to their "Fire" line of cards. Called the FirePro V8750 it is the fastest that AMD has made to date.

AMD put the FirePro V8750 up against the nVidia Quadro FX4800 and found that it was able to keep up and in many spots outperform the Quadro.

The down side? AMD still has a ways to go in the GPGPU department. This means that while in raw OpenGL performance you might see the FirePro out in front, when there is OpenCL enabled acceleration nVidia will still have the upper hand. Oh, that and it is not for gaming, despite the 2GB DDR5 and triple monitor support. 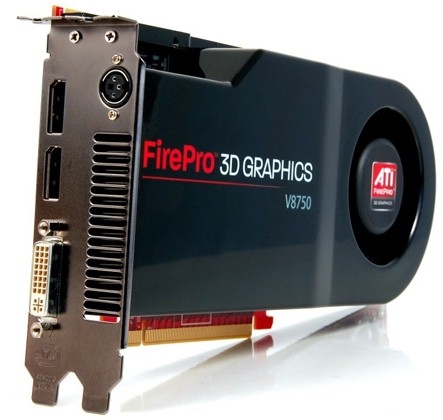