The new chips come just in time to give Intel's Nehalem-EX Xeon processors a run for their money. According to AMD, Istanbul offers up to a 34% increase in performance per watt over previous Opterons and it is a simple drop-in upgrade utilizing existing hardware. 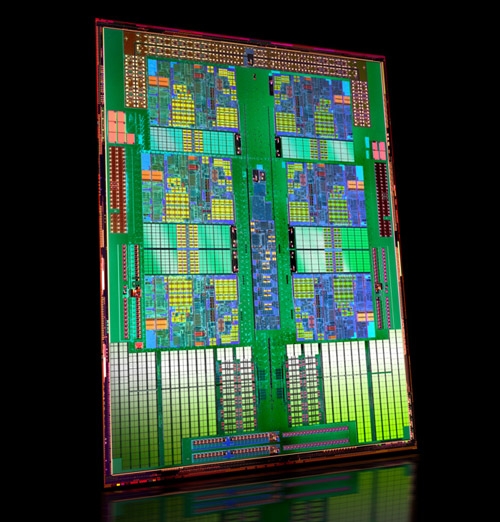 AMD hopes that the low cost of upgrading will be a huge selling point for Istanbul. It utilizes the same socket and memory as the previous generation of Opterons, meaning that the only cost in upgrading is in the new chip itself, rather than having to purchase a new server or motherboard and RAM combo to support it.

While Istanbul is expected to be available from major OEM's sometime this month, it will be a while before other versions of the chip become available. AMD plans on bringing EE, SE, and HE version of Istanbul to the market, but they won't be out until sometime in the second half of 2009. AMD's full press release is available here for those that are interested.