The report says that there will be a mixture of single-core Atom 230 and dual-core Atom 330 systems available and we will probably end up seeing many of them during Computex Taipei, which is held during early June. 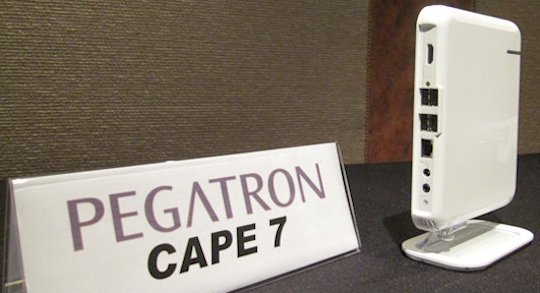 During the conference, NVIDIA and its partners showed off some new ION designs.

Acer has already started selling its Aspire Revo ION nettop and if we are to believe what we are told, we can expect many more from various manufacturers soon.

ASRock and Pegatron displayed one ION system each, both pictured above. ASRock came up with the highly creative name of ION 330, but it's most likely still a work in progress.

Pegatron is calling its ION system the Cape 7, but it is probably just a codename and will likely be an OEM / ODM design, which other companies will badge and sell in the channel.

You can read more over at HKEPC, translated from Chinese to English via Google.