All NewsBusiness, Financial & LegalCases, Cooling & PSUContests & GiveawaysCPU, APU & ChipsetsDealsDisplays & ProjectorsGamingMotherboardsScience, Space & RoboticsStorageVideo CardsVirtual & Augmented Reality
All ReviewsAll ArticlesAudio, Sound & SpeakersCases, Cooling & PSUCPUs, Chipsets & SoCsComputer SystemsDisplays & ProjectorsGamingMotherboardsNetworkingPeripheralsStorageVideo Cards
GuidesGamingAsk the ExpertsNewsletterAboutForums
GIVEAWAY: Sabrent Rocket 4 Plus PCIe 4.0 NVMe SSDs up for grabs!
Storage
Although Intel doesn't seem to be able to stay on the bleeding edge of SSD's when it comes to size, the company is at least trying to keep up with the leading edge with their X25-M series of solid state drives. 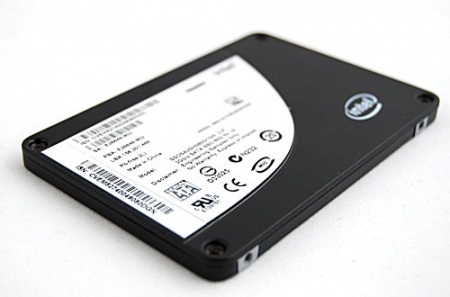 Intel just brought their 160GB version of the X25-M to the market and plans to double that to 320GB by the end of the year. What is slowing Intel down at this point is that they are moving to a 34nm process instead of the 50nm that they are currently using.

Intel is banking on performance to drive their SSD's instead of storage capacity. Perhaps the best part of this is that SSD's are rapidly evolving, much faster than many thought they would. These changes are driving the price of high performance drives down, making them much more attractive for consumers to make the jump.