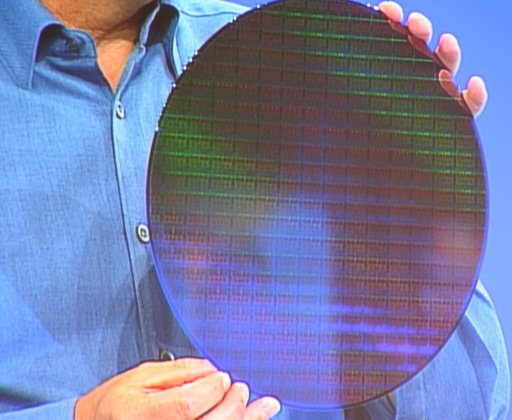 Shannon Pouline, Xeon platform director of Intel's Serve Products Group, said in an interview that "What you'll get at the beginning of next year -- late this year or the beginning of next year -- will be the push into the four-socket, eight-socket, and above space." Judging by the way that Pouline had to reword his statement it would be very easy to assume that Intel is planning more for a 2010 launch.

The upcomming Nehelam EX processors, codenamed Beckton, are expected to have up to eight cores on top of an on-chip memory controller and support for Intel's QuickPath Interconnect technology. While no specifics have been officially released, some sources are suggesting that Beckton might have up to 24MB cache.

With the chips now set to hit the market later than September, this suggests a slower product release cycle than in recent years. But Poulin said putting the Nehalem EX chips on the market at the beginning of 2010 doesn't mean they're coming late.

Generally we see a lag between the two-socket and four-socket and above [chips] ... a historic low was seven to eight months and a historic high is probably a year and a half or so," Poulin said. "This one kind of falls right in the middle."