Codeweavers CEO Jeremy White posted in his blog that they are gearing up for DX10 support after the release of CrossOver Games 7.2 which had added even more support for DX9 in Unix.

CodeWeavers is looking to make all flavors of Unix (including Linux and OSX) fully Windows Compatible. They want users to be able to run Windows applications in native format without the need for an Emulation layer.

Perhaps one day we will have a core OS that everyone uses and be able to choose the GUI, and other services we want...nah probably not. 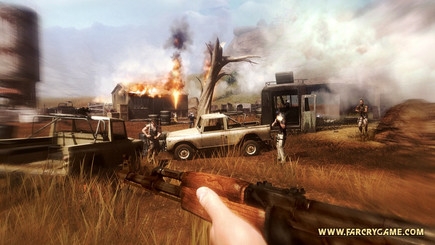 Jeremy White, the co-founder and CEO of CodeWeavers, revealed some company roadmap details in a recent blog post in which he stated that that DirectX 10 support would come into focus as the company's CrossOver project moved into 2009. "We've just shipped a lot of those 'under the hood' improvements for games out in CrossOver Games 7.2. [and ] we're really pushing DirectX 9 support pretty far along, and getting ready to move on DirectX 10," White stated.

Many analysts and individuals will usually agree that Microsoft delivered DirectX 10 as an integral part of Vista, giving it exclusivity rights and refusing to add support to XP regardless of its more prevalent popularity. Yet, the irony begins with Microsoft's plans to subsequently release DirectX 11 not only for Windows 7 later this year, but also for Vista.

On the other hand, CodeWeavers modestly admits that its goal "is to make Unix (including Linux and Mac OS X) a fully Windows-compatible operating system. All Windows applications should be able to be run on Unix: cleanly, harmoniously, within the native environment, and without using an emulator." White went on to say, "The key idea is to make it easier to distill the gathered wisdom on unsupported applications and make it far easier to use. I hope we'll have that available before the end of the year."