All NewsBusiness, Financial & LegalCases, Cooling & PSUContests & GiveawaysCPU, APU & ChipsetsDealsDisplays & ProjectorsGamingMotherboardsScience, Space & RoboticsStorageVideo CardsVirtual & Augmented Reality
All ReviewsAll ArticlesAudio, Sound & SpeakersCases, Cooling & PSUCPUs, Chipsets & SoCsComputer SystemsDisplays & ProjectorsGamingMotherboardsNetworkingPeripheralsRAMStorageVideo Cards
GuidesGamingAsk the ExpertsNewsletterAboutForums
RTX 3090 TiRTX 4090Diablo 2GTA 6Halo InfiniteElon MuskRTX 3080HDMI 2.1
Video Cards
The folks over at GPU Cafe were told by Asus that their new W90 notebook will launch on February 23rd. What makes it so special that that the W90 will feature the upcomming ATI Mobility Radeon 4870X2 GPU. The mobile version of the 4870X2 wll have clock speeds of 600 MHz on the core and 900 MHz for the memory. 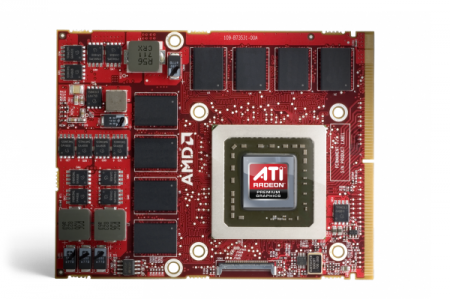 ASUS's new laptop is based on Intel's X-38 core-logic and will support up to 6GB of DDR2 and 1TB of storage. There have been some early benchmarks released on the W90 featuring the mobile T9600 Core 2 Duo and the numbers are very promising. At stock speeds, the mobile ATI chip will get you a score of 17,000 on 3DMark 06 and with a little bit of overclocking the W90 has already broken 20,000. This should knock NVIDIA down a notch, letting ATI take the lead in the mobile GPU market for at least a little while.