Putin was outlining how the US Dollar should not be the sole reserve currency to how the world should ally with them for the clean energy initiative; all of this over some 40 minutes.

At the end of his speech he allowed for questions, Michael Dell raised his hand and asked "How can we help" expand IT in Russia.

While I am sure Mr. Dell had anticipated many answers the one he got was probably not on the list. Vladimir Putin simply replied, "We don't need help. We are not invalids. We don't have limited mental capacity." 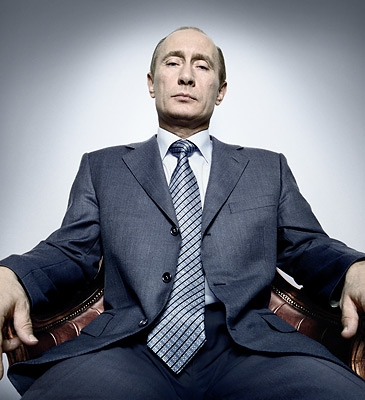 Then it was time for questions. First up: Dell. He praised Russia's technical and scientific prowess, and then asked: "How can we help" you to expand IT in Russia.

Big mistake. Russia has been allergic to offers of aid from the West ever since hundreds of overpaid consultants arrived in Moscow after the collapse of Communism, in 1991, and proceeded to hand out an array of advice that proved, at times, useless or dangerous.

Putin's withering reply to Dell: "We don't need help. We are not invalids. We don't have limited mental capacity." The slapdown took many of the people in the audience by surprise. Putin then went on to outline some of the steps the Russian government has taken to wire up the country, including remote villages in Siberia. And, in a final dig at Dell, he talked about how Russian scientists were rightly respected not for their hardware, but for their software. The implication: Any old fool can build a PC outfit.