All NewsBusiness, Financial & LegalCases, Cooling & PSUContests & GiveawaysCPU, APU & ChipsetsDealsDisplays & ProjectorsGamingMotherboardsScience, Space & RoboticsStorageVideo CardsVirtual & Augmented Reality
All ReviewsAll ArticlesAudio, Sound & SpeakersCases, Cooling & PSUCPUs, Chipsets & SoCsComputer SystemsDisplays & ProjectorsGamingMotherboardsNetworkingPeripheralsStorageVideo Cards
GuidesGamingAsk the ExpertsNewsletterAboutForums
RTX 3090RTX 3080RTX 3070RTX 3060HDMI 2.1Bitcoin MiningBattlefield 6Fallout 76 2021
The many owners of 1TB Seagate Barracuda 7200.11 drives out there won't be too happy to hear this one. Failure rates of these drives are climbing at an alarming rate and it seems they're all consistently prone to failure after a while of use. 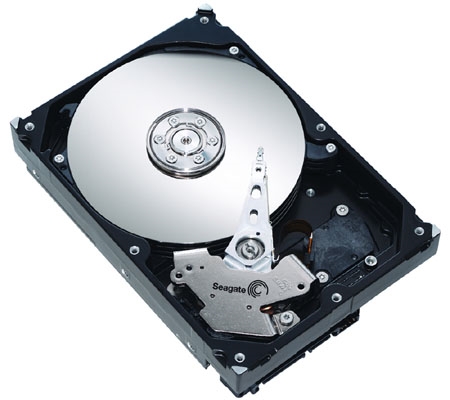 A new self-bricking feature apparently resides in faulty firmware microcode which will rear its ugly head sometime at boot detection. Essentially the drive will be working as normal for a while, then - out of the blue - it'll brick itself to death. The next time you reboot your computer the drive will simply lock itself up as a failsafe and won't be detected by the BIOS. In other words, there's power, spin-up, but no detection to enable booting.

There's no official stats out there yet, but one RMA middle man has said failure rates are heading up around 30 to 40% and climbing. Sure, you can RMA your drive, but you can kiss all your data on it goodbye when doing so, unless you pay thousands of dollars for a data recovery specialist to sort you out first; a good reason for the many in the Seagate forums to be filled with rage.

The full story can be read here.
Newsletter Subscription