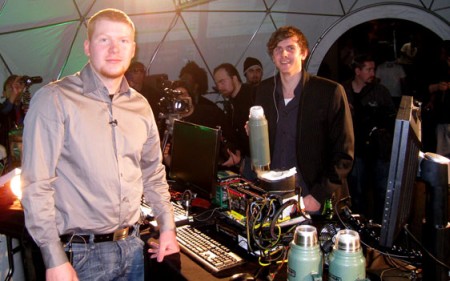 To keep the processor stable at this speed with its vCore pushed up to 1.84v, liquid helium was the choice of cooling and allowed it to drop down to a temperature of -242 degress Celcius. Other settings include a bus speed of 280 MHz, multi set to 22.5 and HyperTransport frequency at 8.

With the two Radeon cards clocked up to 800MHz on the cores and 950MHz on the memory, the team then fired up 3DMark05 and nabbed world record position in no time. 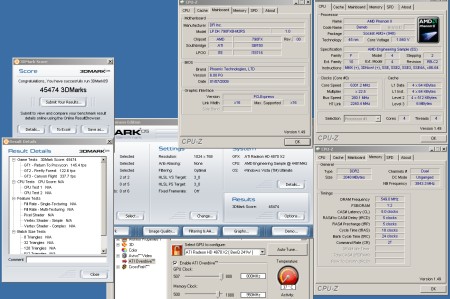 A result of 45,474. Great to see an AMD platform take top honors once again, even if it is an older benchmarker.
Newsletter Subscription