All NewsBusiness, Financial & LegalCases, Cooling & PSUContests & GiveawaysCPU, APU & ChipsetsDealsDisplays & ProjectorsGamingMotherboardsScience, Space & RoboticsStorageVideo CardsVirtual & Augmented Reality
All ReviewsAll ArticlesAudio, Sound & SpeakersCases, Cooling & PSUCPUs, Chipsets & SoCsComputer SystemsDisplays & ProjectorsGamingMotherboardsNetworkingPeripheralsStorageVideo Cards
GuidesGamingAsk the ExpertsNewsletterAboutForums
Novint's revolutionary Falcon gaming controller has been getting the thumbs up from PC gamers far and wide since its launch last year; it's like nothing else out there and provides an experience you can only fully appreciate once you've tried it yourself. 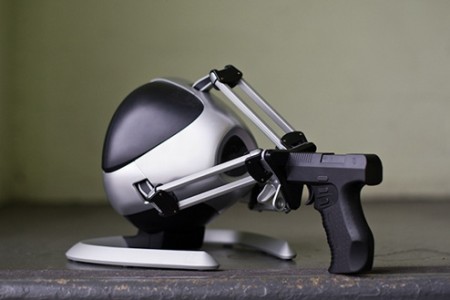 Good news for console lovers; Novint's CEO Tom Anderson has just spoken to gaming blog, joystiq and has confirmed that the Falcon will be making its way to 360s and PS3s by the end of this year.

The delay has apparently been brought on due to the console manufacturers shaking their head at the device until they saw better support from game publishers, which is now starting to gather momentum.

You can read more on the good news here.
Newsletter Subscription