It seems that they want to push out a 480Hz display using a "scanning backlight" to double LG's current 240Hz Trumotion technology.

Weather this is a viable option for the consumer is to be seen.
LG plans to show this new monster off at CES 2009. 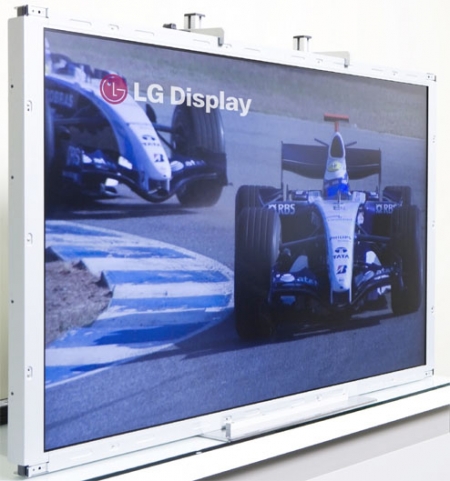 The display is claimed to have a 4ms response time, and uses a "scanning backlight" technology to leverage the company's 240Hz Trumotion technology into an effective 480 images per second. Important details like screen size, resolution, and whether or not anyone actually wants a 480Hz display (many claim that the frame interpolation effects used in such sets are distracting) will be announced at CES in January.