Now we get to see a bit more about how this relates in real world terms with ChipHell scoring two slides from NVIDIA which show a few of the GTX 285's specs and some benchmark results of the card up against an existing GTX 280 on a Core i7 platform across a series of gaming tests. 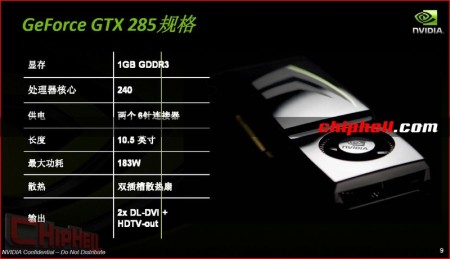 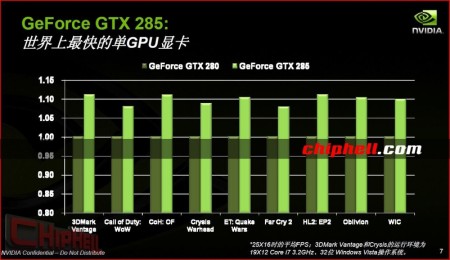 Of course, the usual grains of salt are to be taken from NVIDIA marketing slides, but theoretically the results don't seem too far off the mark with the GTX 285 performing on average 10% faster to the 280. But keep in mind it will also use less power and run cooler.
Newsletter Subscription