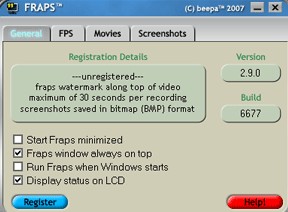 You can download the new Fraps from here.
Newsletter Subscription