The new card will be named the GV-R487D5-1G, feature a dual slot Zalman cooler, DVI, HDMI and Display ports for connectivity.

No word on pricing yet. 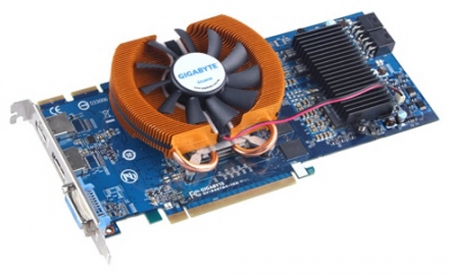 the RV770-powered card has a blue PCB, a dual-slot Zalman cooler a 256-bit memory interface, DirectX 10.1, CrossFireX support, and apparently stock frequencies - 750 MHz for GPU and 3600 MHz for the memory.

Also boasting two 6-pin PCIe connectors, the GV-R487D5-1GD has DVI, HDMI and DisplayPort outputs so it's pretty much ready for all new or upcoming HDTVs and monitors. Gigabyte's card has yet to be priced.