Anandtech has acquired a bunch of high quality shots of MSIs upcoming X58 Eclipse offering in its full kitted final build status. The company has done away with its exclusive circu-pipe heatsink design this time around, in favour of a more traditional yet convincingly effective looking design. 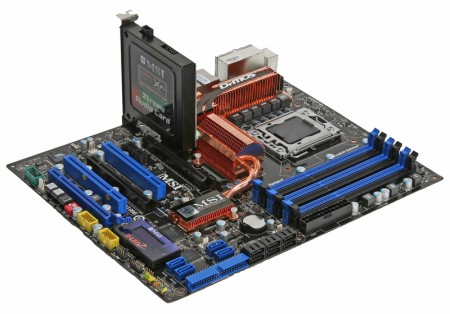 This is one feature-packed board with near everything bar the kitchen sink. A nice inclusion is that of the PCIe x1 based Creative X-Fi based audio add-on card with EAX 5.0 support which you can learn a bit more about by clicking on the below thumbnail. 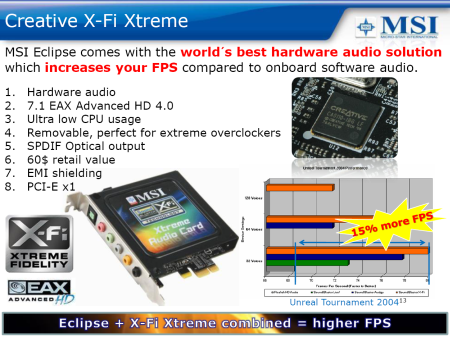 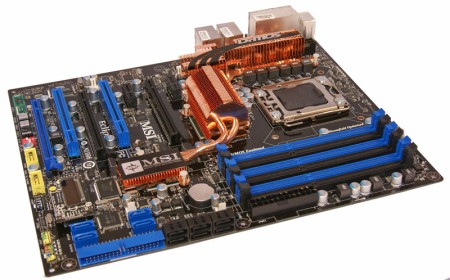 The board also sports three PCIe 2.0 x16 slots along with a whopping ten SATA ports (twelve if you include the two eSATA ports), twelve USB 2.0 ports, two Gigabit ports and FireWire connectivity.

Head over to Anandtech for a better look at it.
Newsletter Subscription