BeamAir is a small black adapter which you place over your case fans (they have adapters for 80/92mm as well as 120mm) and according to Dennis van Driel from Nexus, is magically able to provide much better, stronger and further airflow. 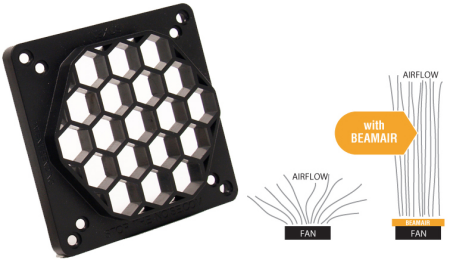 It seems as if the strategically placed holes in the piece of plastic is able to direct airflow in a more forward motion than without which flows everywhere like spaghetti, if the included picture here is anything to go by.