NewsReviewsArticlesGuidesGamingAsk the ExpertsNewsletterForums
GIVEAWAY: Sabrent Rocket Q 8TB NVMe PCIe M.2 SSD worth $2000!
Gainward does indeed appear to have its heart set on making a real impact on the AMD powered graphics card marketplace and, ruffling some feathers amongst fellow AIBs, along the way.

The latest offering from the company, claims to be the first HD 4670 SKU with Display Port support, according to this article from Fudzilla. 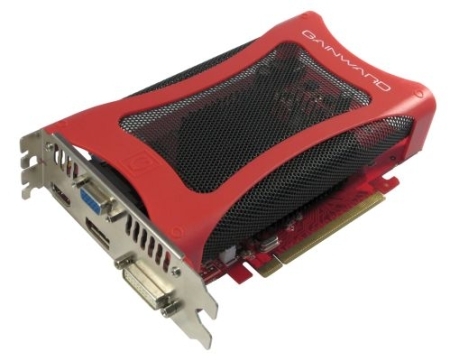 Combining a 750 MHz core clock speed with 512 MB GDDR3 memory running at 1000 MHz, the Gainward offering features an innovative and distinctive cooling solution which, appears to really break the mould in the looks department.

Whilst pricing is unknown at the time of going to press, the article justifiably surmises how much effort Gainward is making on its AMD powered line-up and this may, we surmise, convince some of AMD's more conservative AIBs to up the creativity stakes.