PNY has been offering up video cards for a long time. The manufacturer has never been one of the firms that sells highly overclocked cards like XFX or EVGA. PNY sticks to stock clocked cards for the most part like the new GTX 465 the company has unveiled. 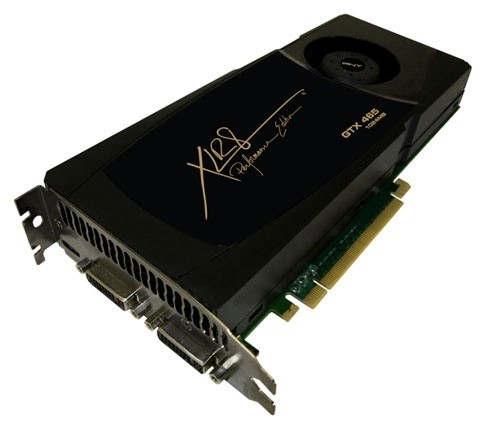 The GTX 465 from PNY has an MSRP of $279.99 and comes with two free full movie downloads. Those movies include The DaVinci Code, Hitch, Big Daddy, As Good As It Gets, 21 and S.W.A.T. Other than the movie downloads the GTX 465 is your basic card.

COMPUTEX Taipei 2010 - Our storage guru Chris who is also in Taipei for Computex 2010 is going to go into detail about what he saw at OCZ's suite at the Grand Hyatt a little later on.

Once we heard from him that they were showing off an enterprise server system that was able to push almost 1GB/s through its storage system, we had to take the video camera up and get a closer look at what was going on.

Jessica from OCZ introduced their Computex demo system that consisted of eight of its brand new Deneva SSDs. This new model is based on the SandForce SF-1500 controller that is using a custom SAS interface and SLC flash memory.

The system was also installed with LSI's mainstream SAS 2.0 controller card that is critical in being able to push these amazing numbers that OCZ demonstrated to us today at the show.

COMPUTEX Taipei 2010 - Lucid had a strong showing today at the Hyatt here in Taipei. You know, the guys that want to free you from the VGA slavery so you can mix and match video cards as you see fit. 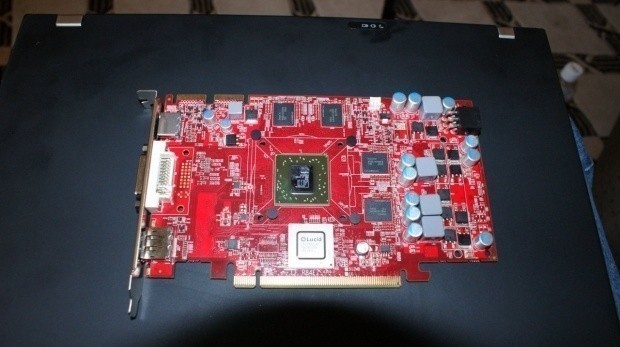 So far we have only seen Lucid tech on motherboards but that is obviously about to change. The above card will come from TUL and will be able to pair with just about anything else.

COMPUTEX Taipei 2010 - Qualcomm held an exclusive media showcase at Computex today where it took the opportunity to introduce press to some new gadgets that are based around Qualcomm technology called the Snapdragon platform.

Snapdragon is not a new platform as it was introduced back at Computex last year, but the purpose of this event was to show off some of the new devices that have just entered the market or are about to go on sale at little later this year.

We were first shown the Dell Streak which was first shown earlier this year at the Davos World Economic Forum in January. It's an intriguing little device that is a fusion between a smartphone, tablet and mobile internet device. It is able to take photos at 5MP and playback 720p video rather smoothly as you can see in the video above. We also got a look at a new smartbook as well as a prototype reference tablet system designed to showcase what Qualcomm silicon is capable of doing.

COMPUTEX Taipei 2010 - In keeping up with the times eVGA are rolling out a couple new X58 chipset motherboards. For the most part they're highly similar to the existing X58 SLI LE and X58 Classified boards, but the most notable additions include both USB 3.0 and SATA 6Gbps support with 3rd party controllers from NEC and Marvell placed onboard. 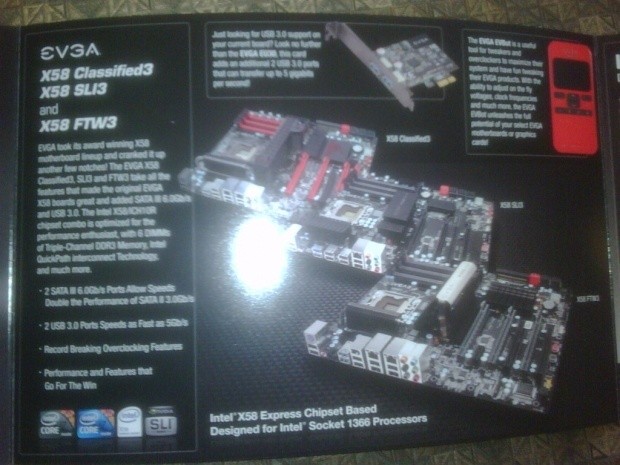 COMPUTEX Taipei 2010 -Straight out the gate MSI have gone with a GTX 465 that really sets itself apart from the crowd. On display at their booth is the N465GTX Twin Frozr Golden Edition which boasts a big touch of bling. 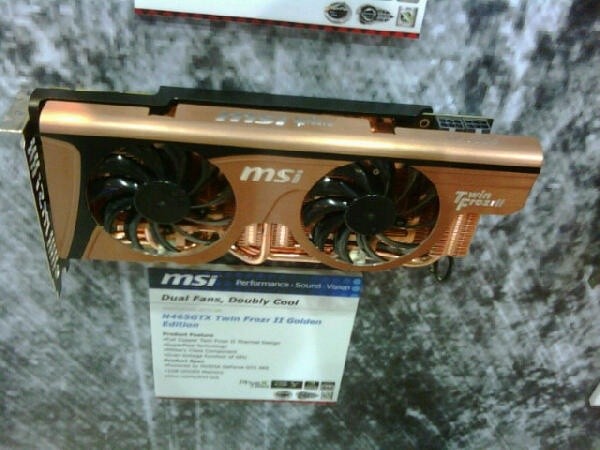 The card sports an all-copper heatsink from head to toe. The heatpipes, fins and base are all made of copper, with the cooler shroud being copper coloured in matching form. 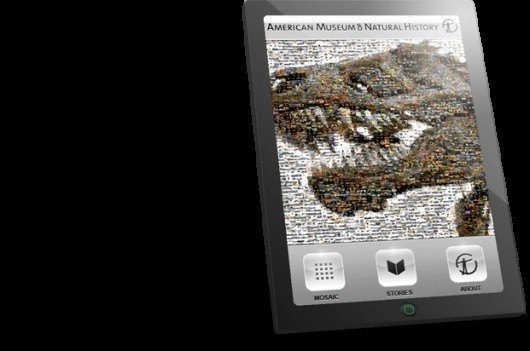