If you are one of the hoards of computer users that has a glut of digital content on your machine that you really want to watch on your big screen in the living room you may have been eyeing some sort of media streaming device. Many folks will be waiting for the new Apple TV unveiled yesterday to hit stores and use that to stream their content as best they can. The big issue with the Apple TV and any other Apple product for that matter is that Apple gear is locked down.

With the new Apple TV coming in at only $99 a bunch of the big names in the streaming market cut prices to compete with Apple. Boxee has pinned an official price to its updated Box landing in November and isn't concerned with pricing the Boxee Box along the lines of the Apple TV. Boxee has priced the new Box at $199, $100 more than Apple.

Scosche is one of the premium brands in the market for iPod cases and accessories. It will come as no surprise that Scosche has unveiled a new line of cases for the iPod touch and nano that were updated and unveiled. Scosche has unveils several new cases that fans of the new Apple gear will find useful and will protect the new gadgets form damage.

One of the six new touch cases is the kickBACK t4 with a glossy polycarbonate exterior and a rubber interior in black, grey, and white with an integrated kickstand for viewing hands free. The next new case is the switchBACK t4 with exchangeable backs and a two-piece design to allow color customization and the case has a kickstand as well.

For a long time camcorders were not designed to be compact and portable. This was mostly because the hardware inside the camcorders was fairly large early on. As technology advanced and components shrunk along with video sharing sites like YouTube becoming crazy popular, camcorders slimmed up and went portable so users could take them everywhere. Sony has unveiled a new thin and portable camcorder for video fans called the Bloggie Touch.

The little camcorder is very nice looking with a brushed silver aluminum look case and shiny chrome trim. The thing looks a lot like your typical bar style smartphone to me. It's not a phone though and can record full HD video and shoot still shots as well. Those still shots can be taken in 12.8MP resolution.

If you are an ardent iPad user who is also a Twitter fiend today is your lucky day. The Official Twitter for iPad app has now landed and it looks pretty darn cool. You don't even have to have a Twitter account to use it, you can download and lurk all you want. The official app is built to take full advantage of the iPad interface. 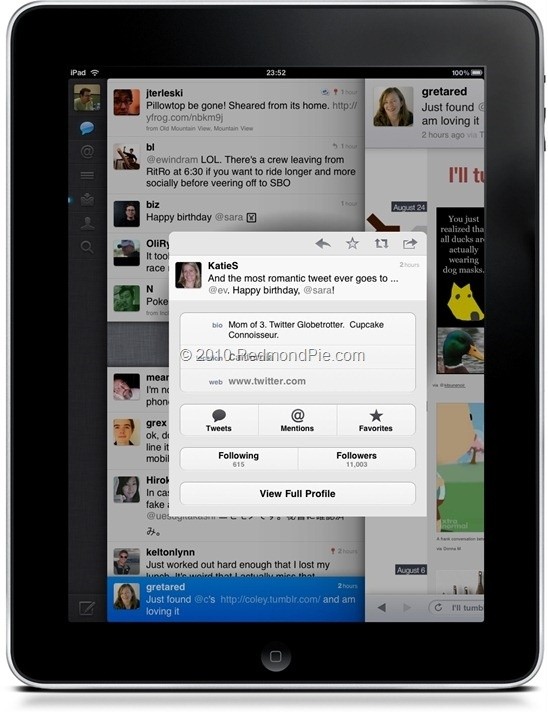 The app uses Panes that let the user tap Tweet to open a pane on the right. If that Tweet has a video or a photo embedded, you can tap that to open it in another pane and then move between the panes open by swiping left or right. The app supports media inline. That means if a Tweet has a video in it you can play the video right in the Tweet without having to leave and if the video needs to load you can leave it loading and continue to check out the Tweets.

Samsung also out with official press shots of GALAXY Tab

And following on from the previous post about the first official Samsung GALAXY Tab commercial, the Korean company has also released official press photos of its 7-inch Google Android based tablet mobile device on the company's Flickr website. 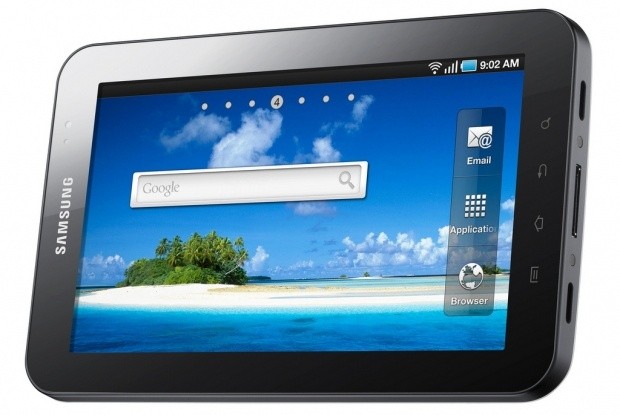 The images reveal a rather stylish and sexy looking device in my opinion, albeit maybe a little chubby, but it's a bit tough to tell properly from the photos. The device has a black front and a white back.

If the pictures are anything to go by, the device is targeted to very attractive and handsome 20 something's, so if you are older or younger and not attractive, give this thing a miss. Anyway, you can check out a bunch of the best shots in our gallery below or see the rest at the link above.

Even though we got an early look at the highly popular Samsung GALAXY Tab err tablet last week, the Korean based company has today taken off the wraps and officially announced it during the IFA show in Germany.

Not only that, as you can see above, Samsung has released one of the official commercials for its tablet on YouTube.

The 30 second long commercial shows off the versatility of the Tab and what it can do in a range of different environments.

Creative has been around for years and the company is probably most known by gamers for its line of Sound Blaster sound cards for PCs. The company also has a number of popular MP3 players and a myriad of other offerings including speakers and headphones. Creative has unveiled a new weatherproof outdoor speaker for the music fan called the Sound Blaster Wireless Rock. 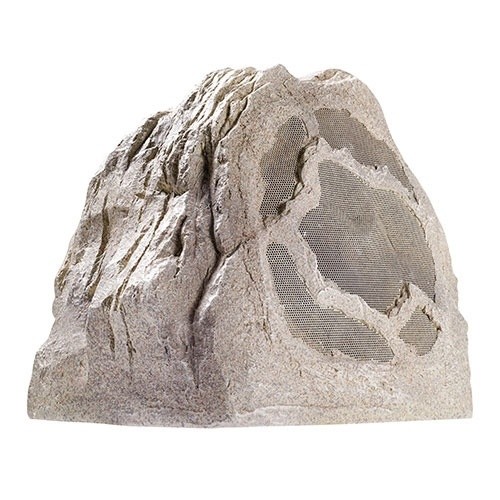 The speaker sells for $199.99 and is available to purchase right now. The thing uses 2.4GHz wireless technology to connect to your PC and has a wireless range of 100 feet. The speaker strangely lacks a wireless transmitter, you have to buy that separately. 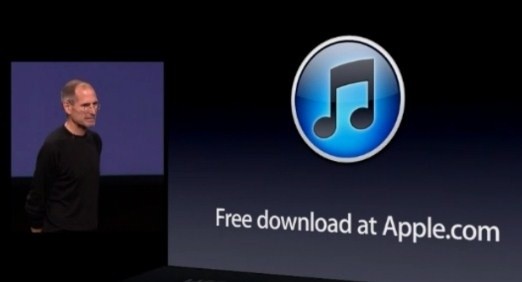 With all these new devices, who knew Apple had time to do work on iTunes as well? iTunes 10 is now available for download, and even sports a new logo as a feature. The biggest change is the introduction of Ping, a "social network for music" that has been added to iTunes. Like Twitter, Ping allows users to follow each other. You can see what people or artists are listening to or creating, get news feeds, concert listings, and song and album charts. Ping will be available to 160 million iTunes users, and will be available on the iPod Touch and iPhone as well as the desktop. 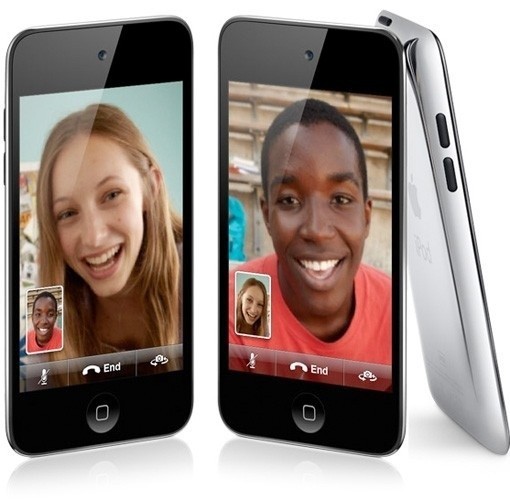 Yes, the rumors were true; a new iPod Touch was announced by Steve Jobs today as well. It's getting a whole lot closer to being an iPhone 4 without the pesky phone calls: Retina Display and FaceTime support straight from the iPhone 4, an Apple A4 core, 3-axis gyroscope, Game Center, a front facing camera, and rear camera capable of recording HD video. Prices given were $229 USD for 8GB, $299 for 32GB, and $399 for 64GB. No word on a 16GB or 128GB that had been rumored to be released. 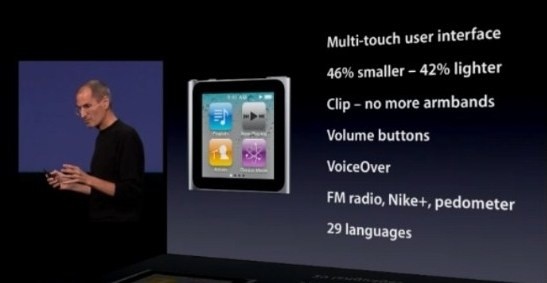 Want a little bit more function than the new iPod Shuffle? The 6th generation iPod Nano could be for you. Sporting a nearly complete redesign, Apple has dumped the clickwheel for a slick touchscreen interface that makes this Nano 46 percent lighter at 42 percent smaller than its predecessors. Volume is controlled by buttons on the side and a clip is provided to attach it to clothing or a belt while you're on the go. Play it the whole day with 24 hours of reported battery life. The new Nano will set you back $149 for 8GB version or $179 for 16GB, and will also ship next week with preorders being taken starting today.