Amazon not close to bringing out a color Kindle 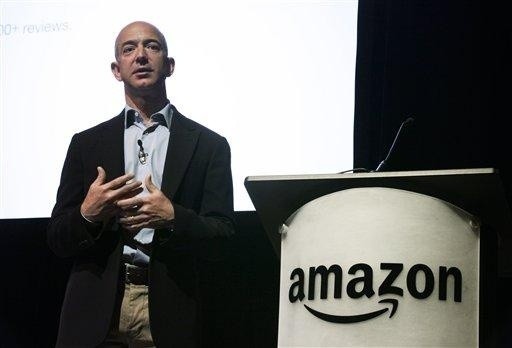 Jeff Bezos, CEO and founder of Amazon, spoke at a shareholder meeting in Seattle was asked about the possibility of a Kindle with a color screen being released and admitted that it is still "a long way out." Citing the technical challenge of adding color to the electronic ink display, he stated that although things have been seen in the laboratory, they are "still not ready for prime time production."

Continue reading: Amazon not close to bringing out a color Kindle (full post) 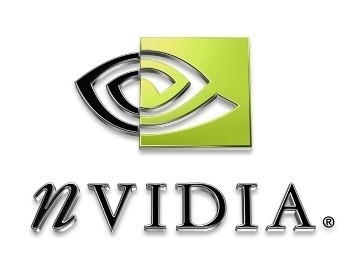 Today Nvidia has introduced the GeForce GTX 480M GPU for notebooks which they are hailing as the world's fastest notebook GPU. This will introduce DirectX 11 as well as tessellation to Nvidia powered notebooks creating a possible 5x more performance than any notebook GPU to date.

We first heard that Archos was working on a new tablet device back in January and the tablet had been expected in March. That month came and went with no tablet turning up from Archos. 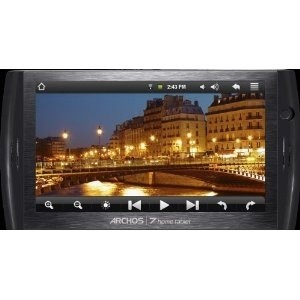 Archos' Archos 7 8GB Android tablet is now shipping on Amazon. The device can be had for $199.99 and includes free super saver shipping. That much money gets you a 7-inch TFT LCD touchscreen with a resolution of 800 x 480.

Something has been amiss with employees at Foxconn. A number of workers at the factory have committed suicide in recent months. Yesterday the 11th Foxconn worker to jump from a factory building was reported.

The worker was a 19-year-old man and he became the ninth worker from the factory to die in a suicide attempt. The worker had only been at Foxconn for a month and a half.

Pool parties and trips to the lake or beach usually involve lots of pictures and home video being recorded. The problem is that getting too close to the action poses a significant risk to your camcorder since a tiny bit of water is all it takes to kill most cameras. 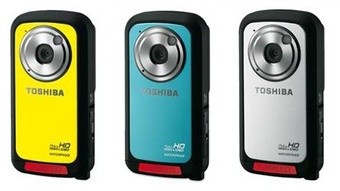 Toshiba has announced its first waterproof camcorder that not only resists splashes, but can be used underwater as well. The new camera is called the Camileo BW10 and it can operate in up to 2 meters of water.

Canon has been developing SED or surface-conduction electron-emitter displays for years with the goal of bringing the screens to the home theater market on TVs. The company has had a hard time with the project facing numerous delays and cost overruns.

The prices on LCD and plasma screens also dropped significantly leaving SED tech at a much higher price point. Canon has officially folded when it comes to bringing SEDs to the home market. The company will continue to develop SED screens for some markets though.

The technology field is highly competitive not only in the products launched but in employees. Competitors are always after key workers at places like Apple, Intel, NVIDIA, and AMD. Workers routinely move from one company to the other as they are lured away to the competition.

NVIDIA has reportedly lost its VP of CUDA and PhysX Manju Hegde to AMD. Hedge was key in helping NVIDI Again support for PhysX and CUDA early in the life of both offerings. Both are doing well today.

Sony and HBO announced today that they have teamed up to offer premium HBO shows on the PlayStation network. Typically, the only way you can see these shows is to subscribe to HBO on your cable network or get the DVDs. 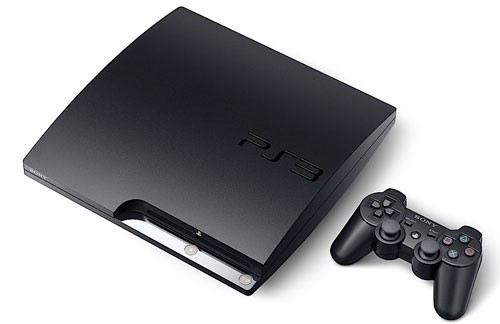 The new deal apparently is not exclusive and the programs offered include many of the most popular current and old programs. Shows include True Blood, Rome, Entourage, and The Sopranos. Multiple season of each show are offered.

In warm-up phase for Computex MSI gave folks in Holland a bit of a tease on what they plan to hit the VGA market with when NVIDIA breaks the chains on its GTX 465 at the beginning of next month.

MSI's well regarded Twin Frozr II cooler will be implemented in a non-reference version of this card, and they have plans to include it on GTX 470 and 480 cards as well. 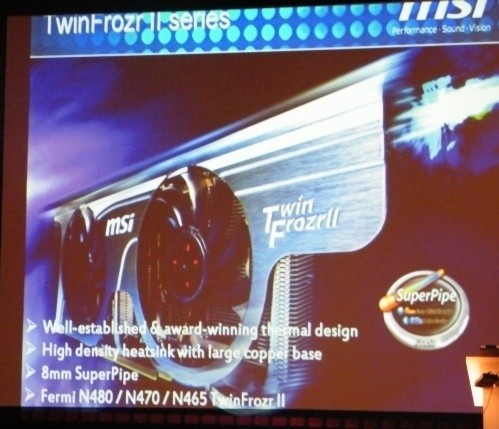 There were no actual pictures of the cards shown with the coolers attached; we only know from the press event slide that the cards will be called N480 / N470 / N465 TwinFrozr II, using a large heatsink with chunky full copper base. No doubt we'll catch them in full whilst doing our rounds at Computex.

Props to the crew at Fudzilla for getting the scoop.

Unigine's Heaven Benchmark tool is a popular one being built around DirectX 11 and taking advantage of all the fancy features the latest graphics cards offer. The developers have just rolled out version 2.1 which brings two significant adjustments with it along with some general stability fixes and improvements. 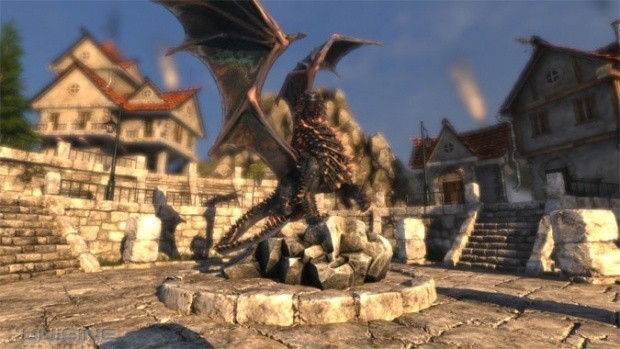 The first one is support for OpenGL 4.0 which is an API that technologically rivals DX11. 2.1 will use all of the advanced features OGL4 is capable of (incl. hardware tessellation).

The other change is that stereoscopic 3D is also now available for people with supporting equipment. There are now several stereo 3D viewing modes selectable such as Analygraph, separate images, 3D Vision, and iZ3D.