NVIDIA manager hints Tegra 3 might surface at MWC next month

This rumor is very lean on anything resembling hard facts, but it bears repeating considering the source of the rumor was NVIDIA's own Tegra manager. It's been a bit more than a year now since NVIDIA outted Tegra 2 at CES 2010.

NVIDIA's GM for Tegra has stated that he plans to stick to a yearly refresh schedule. The manager has said in an interview, "I'm going to come pretty close to my cadence of a launch every year. It will be in production around the same time as my competitors' first dual-cores will."

That's certainly not a hard admission by NVIDIA that Tegra 3 will land at MWC, but considering CES came and went with no mention and Rayfield stating he wants to keep to a yearly update, a Tegra 3 debut in February sounds possible. Rumors claim that Tegra 3 will be a quad-core processor using the Cortex A9 architecture and mated to a GeForce 8 or 9 GPU. That will make for some impressive performance if accurate.

Razer has been one of the biggest names in mice and keyboards for PC gamers for a long time. I would bet that most gamers are aware of the brand and a bunch of you might be using Razer mice and keyboards right now. At CES 2011 earlier this month Razer unveiled its first Xbox 360 controller and the thing was really cool.

The controller is called the Onza and it comes in tournament and normal versions. The difference is that the tournament version has a rubberized non-slip covering, backlit buttons, and more adjustability for controls than the standard version. Both of the controllers share the same major features.

They both have two programmable buttons, a precision D-pad, hyperesonse buttons and enhanced ergonomics. The standard controller has a textured surface for better grip and both have a 15-foot long braided cable. The standard Onza is on pre-order for $39.99. The tournament edition is $49.99 and pre-orders on it are sold out right now.

Not much is known about this clip, but it is a Russian expedition to Antarctica in high-speed. You see them traversing the sea, helicopters picking up and delivering goods to the ice below.

The video is quite amazing, it kind of gives you the feeling of what it would be like to do such a thing. The closest I've been is playing Lost Planet and watching The Thing.

RumorTT: Could serial keys be coming for the PS3?

Cue all the DRM haters: there's a nasty little rumor floating around that Sony is considering implementing serial keys and requiring activation of games and Blu-ray movies. While it's all speculation at this point, it's quite a blow for those of us that like to trade games with friends or even sell used copies.

The recent unveiling of a root-key hack that completely shuts down PS3 security measures could be the reasoning behind Sony considering such actions on future releases. According to a "very reliable source" at the Dutch site PS3-Sense, the new serial key process would pair software with specific Playstation 3 consoles and authenticate them with Sony's servers. Games and such would be able to be activated on up to five different machines before becoming useless. This would not only put a huge dent in the resale of used games, but could also make having an offline PS3 almost impossible. Here's hoping the rumor mill churns this one into a deep hole where it belongs.

Continue reading: RumorTT: Could serial keys be coming for the PS3? (full post)

HD5770 and HD5750 get rebranded for OEM implementation

Look out everyone, the rebranding fairy is at it again. The HD5750 and HD5770 are being magically poofed by AMD into the HD6770 and HD6750 and being aimed at the OEM market for prebuilt computer integration. 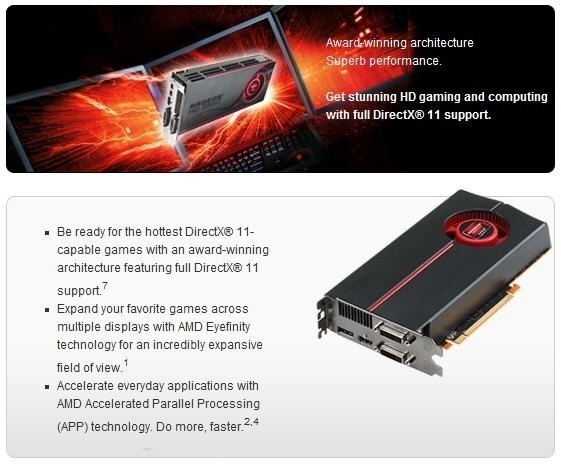 The Juniper based cards will mostly keep their familiar 5 series specs: 128-bit memory interface, 720/800 stream processors, and 1GB GDDR5 memory onboard. OpenGL 4.1 support as well as HDMI 1.4a connectivity have been added to the "new" cards. Keep an eye out for them in Dell and HP machines soon.

XMBC finds its way to the iPad

Wow! This is great news for fans of XBMC, it has made its way to Apple and now runs on the Apple A4. Apple TV 2, iPad? No worries. It'll run on your jailbroken device and even your iPhone 4! 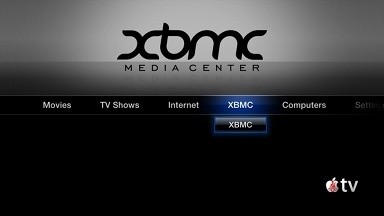 This XMBC release is ARM-based and is not a development build or beta, but an entire release. Source code is also available! I'm guessing Apple are loading their shotguns and pulling down their ski masks ready to hunt down XMBC coders.

The Jawbone line of Bluetooth headsets have long been known both for their high end features as well as high end prices. The new Jawbone ERA continues both trends by adding a few new features including an accelerometer as well as Motion-X technology and multi-processor architecture.

The ERA makes use of the accelerometer with the "TapTap" function, which allows you to tap the headset twice to answer or end a call, as well as the "ShakeShake" function that lets you shake the headset four times for automatic pairing mode. This pretty much does away with any need for buttons on the Jawbone ERA, which is fine by me as long as it's built to last. Updates to features like Noise Assassin technology along with "HD Audio" for improved call volume and clarity are also included. All of this for a hefty $129.99 price tag.

Google had their quarterly earnings release today and along with it they've announced their top-level management structure, with co-founder Larry Page replacing Eric Schmidt as CEO as of April 4th.

Page will handle the day-to-day operations while Schmidt will become Executive Chairman and focus on business deals, partnerships and outreach. Co-founder Sergey Brin will use his power for new and strategic product efforts.

Tablets have been all the rage lately, and it's becoming more and more difficult to stand out from the crowd. MSI may have managed to do just that with their 10", Atom powered Windows 7 slate that includes an extra treat: a built in projector. 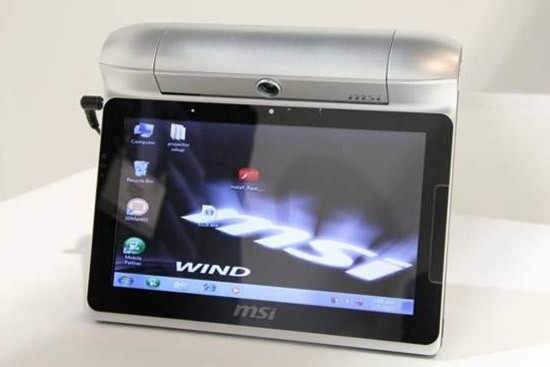 Obviously pointed towards the business sector to avoid having to drag around laptops and projectors and spend a ton of time with setup, this tablet would streamline the whole process and the swiveling projector would allow you to use it nearly anywhere. There's no specific details on the projector like lumens or resolution, but an MSI rep also hinted at the ability to use a laser projected keyboard with this projector as well. This would definitely save a lot of time and hauling for those who do a lot of presentations.

Apple are at it again stopping DIYers and modders from messing with their handsets. According to iFixit, Apple has started using propietary tamper-resistant "Pentalobe" screws that resemble familiar Torx screws except they have five rounded points instead of Torx's six. 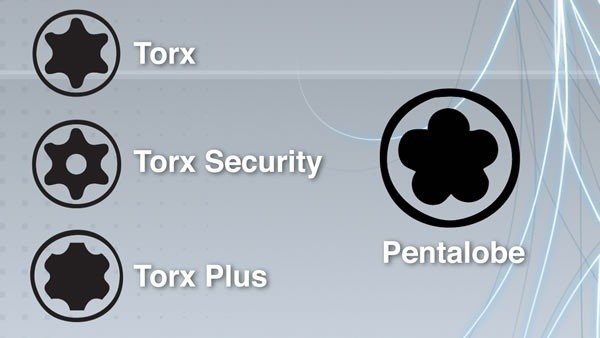 "This screw head is new to us. In fact, there isn't a single reputable supplier that sells exactly the same screwdrivers Apple's technicians use -- which is Apple's point. They picked an obscure head that no one would have," iFixit said. "Apple chose this fastener specifically because it was new, guaranteeing repair tools would be both rare and expensive."