AMOLED technology, coming soon to a TV near everyone 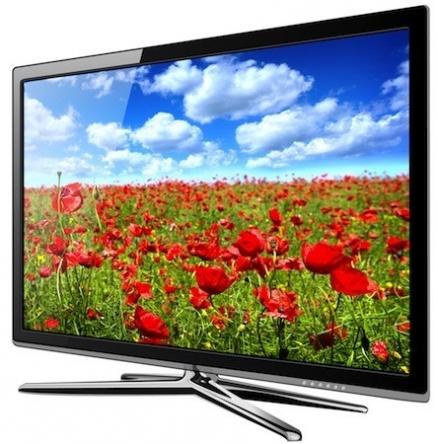 Continue reading: AMOLED technology, coming soon to a TV near everyone (full post)

Peter Jackson's The Hobbit is currently filming and Jackson is uploading Production Videos onto Facebook, with Production Video #4 from the set of the Hobbit being uploaded today. The video goes into the 3D side of things where its revealed The Hobbit is being shot in 5k resolution, 48fps and 3D. Intense, and I'm loving the high-res shoot.

The movie is being shot on digital cameras, and directly to hard drives (SSDs by the look of them) at 128GB in size. To get an idea of 5k, think of your TV with 1080p, and then imagine a Windows desktop on it. Increase what you can fit on that screen by five times, and you're nearly there. It's hard to show the scope of it, but as the market moves toward it (with the help of movies like this and James Cameron's upcoming Avatar sequels), it is a great thing for the industry.

AMD's Piledriver, they need to get this right, while dodging constant bullets from Intel

The Bulldozer team needs to put their hard hats on and get dirty, with 2012 rolling into view, it needs to happen very soon. Piledriver is an update to current Bulldozer cores and the expected advantages are increased core capacity by up to 25-percent, making more cores available more of the time. Reduced power requirement, making Piledriver more efficient, real world performance boost by somewhere around 10-percent, making each core do more.

Continue reading: AMD's Piledriver, they need to get this right, while dodging constant bullets from Intel (full post)

The first fifteen minutes of Call of Duty: Modern Warfare 3 are available, but get in quick because Activision will most likely take this down ASAP. I don't to spoil it for anyone, but I watched the entire thing and wow. It just looks like the previous 3 - 4 COD titles.

No improvement in graphics, movement, lightning, textures, shadows, anything. Even the text on the screen is the same. One of the stand outs for me: "You've been hit, get to cover", yes, the game even tells you that you've been shot (when shot 3 - 4 times) and tells you to get to cover. I'm not surprised at the technology in the game, but after playing Battlefield 3, this just looks so, so, so old. 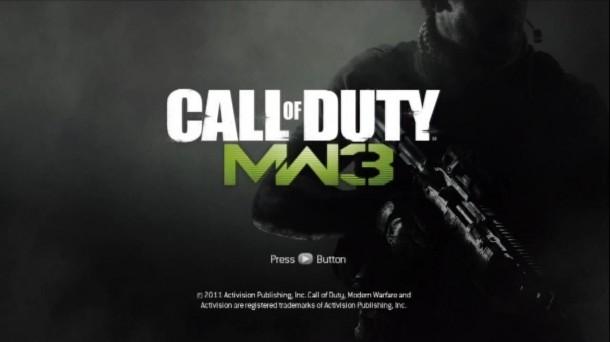 Really? This is the best selling FPS franchise of all time and this is how it treats its players? Simplified, corridor shooter at best, with lame, old graphics. But, it'll sell like Jesus' finger nails at a Church function. Watch the video before its pulled, remember there's spoilers.

This is what I like to hear! With NVIDIA currently on a roll with their Tegra range and Tegra 3-powered devices starting to roll out any day now (in the form of ASUS' Transformer Prime), we now have some GeForce-related new. Rub your hands together with glee! Rumor has it that NVIDIA are flushing the channel of 500-series GPUs, and should introduce some more price cuts soon. 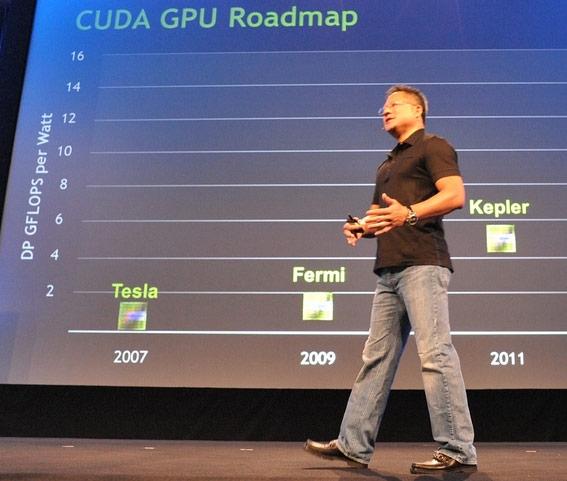 Price cuts on 500-series of GPUs has been happening slowly, but NVIDIA believes that their next-gen 'Kepler' GPU based on a 28nm process is ready and has a strong suspicion that AMD won't be ready with their 7000-series Radeon cards until after Santa does his rounds this Christmas. NVIDIA wants to push hard for a Christmas launch, and you won't hear any complaining from me!

NVIDIA could do a few things here, launch the 600-series before Christmas and use the promise of 'something more from NVIDIA, but it is not here just yet', to try and grab a few of those GPU fans that were leaning toward a Radeon-flavored GPU, and keep them licking that sweet, green NVIDIA pie. Then we have the bundles NVIDIA are pumping out with partners, bundling games such as Mafia II and Batman: Arkham City - this is great, and it keeps customers coming back. 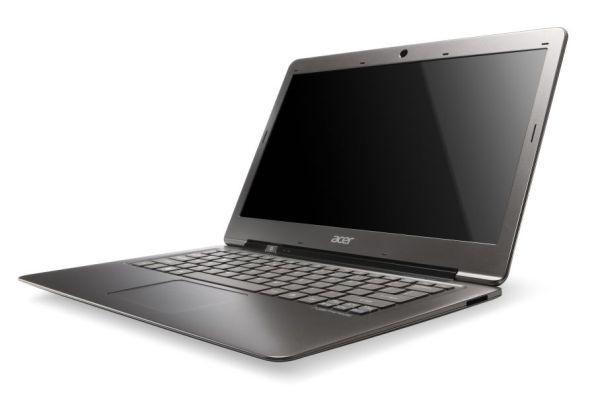 Rainbow 6 series' new title has been confirmed today called Rainbow 6 Patriots and is the latest Tom Clancy first-person shooter which won't see the light of day until 2013. This marks a five-year gap in between Rainbow Six console releases as the most recent of them was Vegas 2 in March 2008. 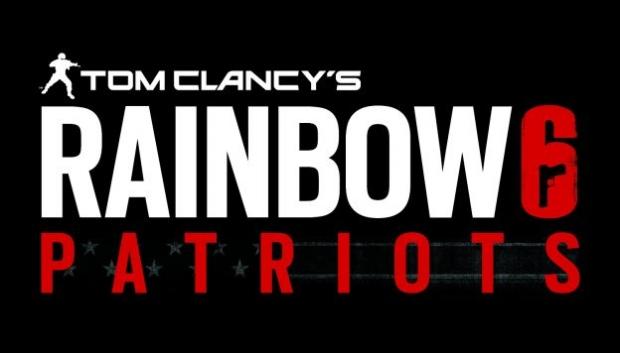 The wait is possibly at the fault of Vegas 2, which was criticized at the time for being too similar to the original Rainbow Six: Vegas, released in November 2006. The setting for Patriots hasn't been confirmed with the only nugget of information to go on is that it "captures the reality of modern-day terrorism". The game is being developed by Ubisoft Montreal, "with the support of" Ubisoft Toronto and Ubisoft Red Storm.

GIGABYTE wants to have something that is more functional than the competitions' UEFI setup programs, and this is where GIGABYTE 3D BIOS steps up and into the ring to have a swing at things. When you hit DEL at POST to load up the setup program, it starts up the 3D BIOS home screen. On the home screen, you find a 3D rotatable image of your motherboard. 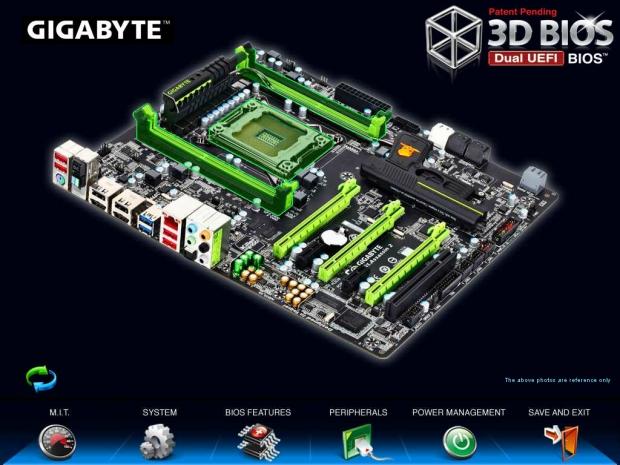 Cool, right? Well, you can use your mouse to spin the board around and check it out - certain parts of that motherboard image can be clicked to open up settings related to it. Let's say you want to click on the SATA ports on that image, click it and the program will open up SATA controller settings. Clicking on the memory slots brings up the memory tuning settings window. Very, very cool.

The visual elements all look spiffy, including smooth fonts, curves and lavish use of alpha. The fine tuning pages don't look like a re-skinned, mouse-enabled version of the old interface, but now include genuine GUI elements like sliders, tickboxes, radio buttons and tabs. A video demo of this is available below:

GIGABYTE are using an AMI UEFI backend, mixed with its own patented DualBIOS technology that protects against bad flashes.

U.S. calls China the "most active and persistent" country in the world for cyber-espionage

The Office of the National Counterintelligence Executive have released a critical report labeling China as the "most active an persistent" country in the world when it comes to cyber-espionage. Oh snapz is what our VGA editor would say, and I would agree with that statement. Russia also slipped into the list, together with China are "the most aggressive collectors" of U.S. trade secrets, overall. 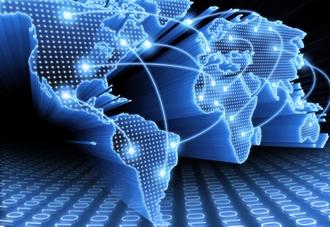 The purpose of the report is to highlight the increasing importance cyber-espionage plays in the undermining of both private and government interests. Robert Bryant, the U.S. Counterintelligence Executive, claims cyber-espionage is a "national, long-term strategic threat to the United States" and that "failure is not an option" when it comes to dealing with those matters. In the report, there is a special focus on the undesirable consequences stolen trade secrets may impart upon the U.S. and partner economies.

Continue reading: U.S. calls China the "most active and persistent" country in the world for cyber-espionage (full post)

Google completed their Caffeine web indexing system last year, which allows them to crawl and index the web from fresh content quickly on an enormous scale. Google have just announced that they're making quite a significant change to their ranking algorithm that impacts roughly 35-percent of searches and better determines when to give you more up-to-date relevant results for these varying degrees of freshness. 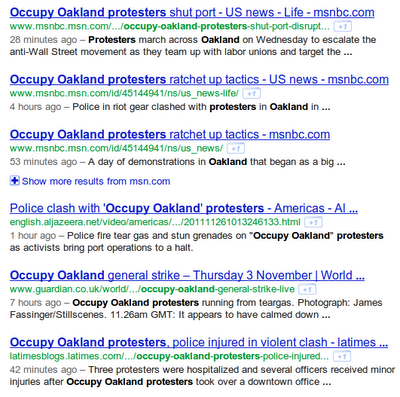