Putting It Together Using Best Practices

Tip #1: If you build on carpet, wear shoes if you have socks on. Once the PSU is plugged into the wall it will become a ground, even if it is off, and if you screw it into your case, your case will act as a ground. So you can touch ground often this way, and that way discharge any static electricity, and for bonus points don't move your feet after grounding. Also, don't wear things such as cashmere sweaters or other clothing that creates a lot of static. If you are really scared of ESD, you can just buy a real anti-static wrist band and tether yourself to a ground, they also sell anti-static gloves.

Tip #2: Install your CPU, cooler bracket hardware, RAM, and any M.2 drive when the motherboard is outside of the case. Working inside a case can be difficult.

Tip #3:If possible, test the CPU, motherboard, RAM, and GPU outside of the case using the box of your motherboard as a stand. Do not put the motherboard on anti-static material when it is on, as anti-static material is conductive (it's designed to create a faraday cage around the components inside). You will obviously need your PSU and your cooler to run the device outside of the system. The reason we recommend testing outside the case is because sometimes people short out on the case, and they can't figure out why their system isn't working; it happened the first time I built a computer.

Tip #5:It's best never to over apply thermal paste, the traditional wisdom is to use a small pea-sized blob in the center of the CPU. On some CPU's it's better to use a small line over where the die is located underneath the CPU, and in other cases like huge CPUs, it's better to use multiple lines or blobs. We like the single pea-sized blob on this CPU. Beware; some pastes like IC7 Diamond will corrode the internal heat spreader surface of your CPU since they have diamond particles inside, which might make RMA of the CPU difficult.

Tip #6:If you have a modular PSU count out the number of connections you need as use as few wires as possible to optimize chances of good cable management. Heat is the ultimate pre-mature killer of computer hardware, and wires can block airflow and can effect temperatures.

Tip #7:Install your motherboard's IO shield before the motherboard, many people forget this step. I recommend installing it as soon as you open the case or motherboard box, just so you don't forget.

Tip #8:If you don't have a monitor or you aren't getting video, look to see if you can toggle the Number-Lock light on your keyboard. If you can toggle it, then you should have video output as the motherboard has finished the POST process (power on self-test) and your CPU, motherboard, and RAM are all working properly.

You might be plugged into the wrong video output, so if you have a dedicated graphics card you need to be plugged into it and not into the motherboard. If you have a dedicated graphics card and you are plugged into it but have no video, make sure you plugged in power for the GPU and double check the monitor input selection, then turn on and off the monitor (some monitors won't pick up BIOS splash screen as a wake-up signal). If none of that works, take out the GPU and plug into the motherboard's graphics output, and test your GPU in another system. 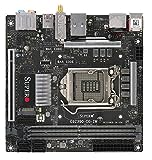