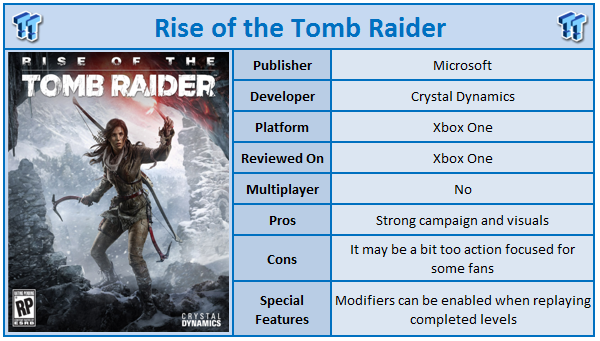 There was a time where many in the games industry felt Lara Croft was a lost cause. After huge success in the late 90s and many successful games, it seemed like the franchise turned and many poor games were released that almost killed the franchise off. After Square and Eidos had merged, they decided to give it another crack with Crystal Dynamics at the helm and Lara fans around the world had another game to anticipate. Thankfully for them, the game turned out to be a stunning return to form for our British heroine and one of the best games of the last generation. A few years later, Crystal Dynamics has returned with a timed game title on the Xbox One, and there is no doubt that Xbox One owners should take the opportunity to pick this one up early.

Rise of the Tomb Raider is set one year after the events of the previous game (which considering the title 'Rise' seems a little bit odd to us). Having won notoriety for her previous exploits, a group known as "Trinity" has been tracking her movements since, while the scientific community has disowned her after she continues to insist that some apparent myths are in fact not. Having led Trinity to the mysteries of the earth, it is up to you as Lara to ensure that they are stopped before it's too late. 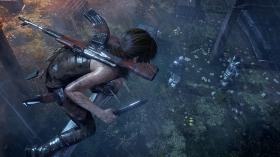 One of the main criticisms that people had of the last game was that there did not appear to be a lot of areas to explore and tombs to raid. It was a game that focused towards the mainstream and especially those who had fallen in love with the Uncharted system. This time around there is a lot more exploration on offer and, in fact, one of the biggest changes to the game is that there is now some mission hubs where you can pick up additional side quests that will in turn reward you with better gear and more experience points.

That said, those who are not fans of raiding those tombs and just want to play in an action style, the tombs are in general optional. As you progress through the world, you will be informed when you are near a challenge tomb and can choose to tackle the challenge or just proceed on further into the main story. This is a very smart move from Crystal Dynamics. There is no doubt some people that played Tomb Raider a few years ago enjoyed the fact that the focus was on action mainly, and those people will be well served again by this game. 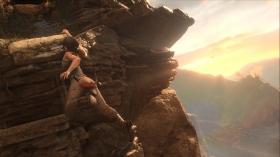 Rise of the Tomb Raider can be broken up into three core components of play; platforming, action sequences, and puzzle solving. There are a few choke points in the game combat wise where you will need to use your wits to progress, and this can be frustrating, especially as most of the game does not pose a huge challenge (except, of course, on the higher difficulty levels). The combat as a whole feels good with the gunplay now on the level of that which we see in the Uncharted series. It no longer feels frustrating to reach combat situations, and you can easily deal with enemies, especially if you have put the time in to do side quests and levelled Lara up.

There might be an urge to search online for the solutions when you get stuck, but don't do that as you will end up only wondering why you didn't think of that. These puzzles are solvable without a guide, and that's what makes them such a success in the game. 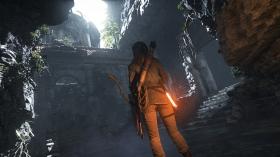 Aside from the main campaign, some side modes have also been added, and this is where some of the season pass content will show up over the coming months. Known as Expeditions, this allows you to replay levels that you have finished in the main campaign with a few additional challenges and a score attack mode. The way you do this is to enable 'cards' and challenges offer incentives like in game currency for completing tasks including not taking any damage or stealth killing enemies. These additional challenges make replaying the game something that will appeal to most people, instead of just the hardcore Lara fans. 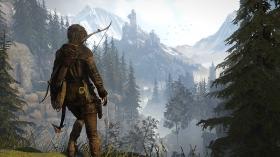 Visually Rise of the Tomb Raider is impressive as you would expect considering the jump to the next-gen consoles. Lara moves with skill and grace in a way just never seen before with smooth animations the order of the day. The character model detail is to the nth degree, and you only need to compare the Xbox One Lara to the Xbox 360 Lara to see how much additional effort has gone into the character. One of the complaints of the last game was that Crystal Dynamics went a bit over the top with the death animations, and while for the most part this has been addressed, there are still some brutal sequences. However, unlike last time, they do seem to fit the moment well.

The environments the game takes place in are also wildly detailed. The game will take you to one of the coldest climates on Earth, and although Lara does mention that she feels cold and needs to settle for the night, there is no punishment for putting her in an outfit that is entirely inappropriate for the situation. It would have been nice to see the game explore the survival aspect a bit more in this regard.

Rise of the Tomb Raider is a game that is very much worth playing, even if you have not been the biggest Lara fan in the past. Crystal Dynamics has listened to what fans liked and did not like about the previous game and put together a package that looks like it will satisfy both ends of the scale; those who want just more and more action and those who want to do some extended puzzle solving. This is one of the best Xbox One games so far, and those who have a Xbox One console already should pick this up, you will not be disappointed.