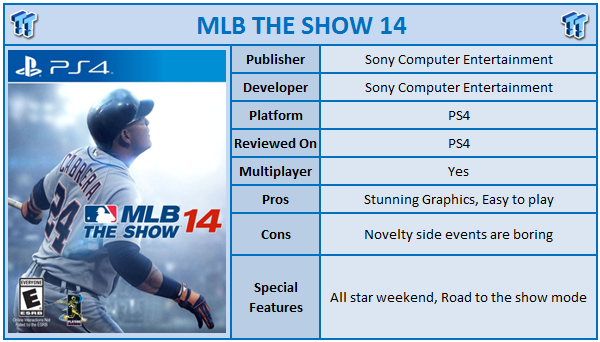 Baseball games in the last generation had a rough time of it. During the time where the battle for sports supremacy reached ludicrous levels with many companies trying to lock down major sports to exclusive long term deals, baseball in some people's eyes got a raw deal. This is because the rights for MLB got split into two; a third party exclusivity deal which 2K Games gained, but a definition within the licence that allows platform holders (Nintendo, Microsoft and Sony) to also licence the MLB.

So, Sony has picked up the bat and decided to play ball again and this time on the PS4. With the previous games in The Show series not exactly being the best, the pressure was on to get it right for the PS4 and in many ways that's exactly what they have done.

There is three real gameplay modes to MLB The Show 14. The franchise mode, season mode and Road to the Show mode. The first two are quite self-explanatory with the franchise mode adding more problems for you to deal with such as drafts, keeping the team powerful over a number of seasons. This is where most of the longevity of the game is found, but for those who want a quick ball game, the season mode will suffice. In season mode, you can set the number of games in a season, number of innings in a match and you actually play through a season in a lengthy play session with the right settings. 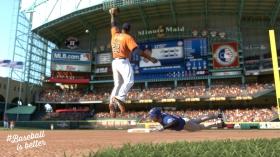 The third mode, The Show (where the games title comes from), is a bit like the 'create a player mode' in the FIFA series of games. You begin as a lowly baseball player trying to get your way up to the big leagues via the MLB Draft. Depending on how well you play, through a number of scouting games, will determine how high your draft pick is. From there you play in the minor leagues until such time as the majors are ready for you. 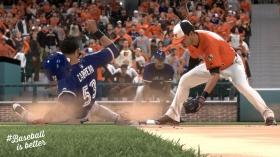 There are a few things we really like about the structure of this mode. First of all, you are not forced to sit through plays that you are not involved in. The game 'predicts' that you will be involved in the play and sets it up so you can take part. You might be taking a catch, stopping a play, or getting ready to bat. If you want to view the game when you are not involved, you can, but we really appreciate the rapid nature of only taking part in what you need to.

The game itself also plays well and can even be picked up by players new to the series quite quickly. If you want to play a game where you have to get the timing perfectly right, the stick controls the bat and just in general its quite a challenge, then this game has what you need. On the flip side, if you just want to play in a casual mode and use a single button to swing the bat, you can.

There is a layer of depth here that is perfect for baseball fans, but it can also be stripped away to the basics for those who may not necessarily indulge the sport that much. When you are first playing, the game will play in a very casual mode and as you get better, progressively make the game a bit more difficult, but you can also play a very basic game with one button to swing the bat, if you so desire. 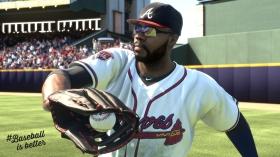 Being an officially licenced game means all the teams and stadiums are present, but something that will really appeal to the baseball fans is that the MLB Draft is included in the game and is simulated and there is also some of the all-star weekend novelties, such as the Home Run Derby, where you have to try and hit as many home runs as you can before being out (such as missing a home run) ten times. The training fields and minor league fields are also included so this really is an amazingly authentic title. 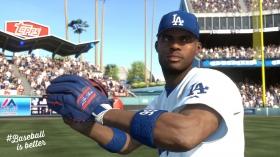 We had to wait a little bit longer for the Sony PlayStation 4 version to arrive, but the wait has been worth it. As the early screenshots and videos indicated, this is a significant visual upgrade over its predecessors, as you would expect on the new console machine. It also runs at a fast click with the frame rate hardly ever taking a knock, even in the larger stadiums. For those of you are fans of the players on offer, you will easily be able to recognize them from their looks, such as the facial features, or even trademark sunglasses being worn.

Whereas some of the real-world players in the previous generation games looked a bit generic (although slightly like their real-world counterparts), it is clear that the PS4 has given the developers the power to really digitize these real life stars. The lighting engine has also had an overhaul to make what really does turn out to be a graphical powerhouse.

MLB The Show 14 is a game that has been worth the wait on the PS4. The extra development time has clearly been put to use well, with the improved graphics and lighting engine - and the smooth frame rate just tops it all off. Even if you are not the biggest fan of baseball, but want a PS4 sports game to play, then consider this one. There is enough here to keep the hardcore fans of the MLB happy, whilst doing more than enough to get casual gamers playing ball as well.

PRICING: You can find the MLB 14: The Show PS4 for sale below. The prices listed are valid at the time of writing but can change at any time. Click the link to see the very latest pricing for the best deal.