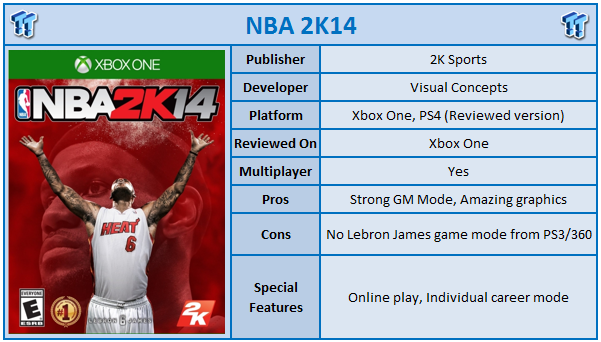 When it comes to basketball games in recent times, there really has only been one choice, the NBA 2K series from 2K Sports. Not because of an exclusive deal, but because its main competitor EA Sports has managed to somehow cancel two games in a row. With the next generation now arrived, it was always going to be interesting to see if 2K could translate the huge success of its franchise onto the next-gen consoles.

2K Sports promised that they would deliver a game that would take use of the next-generation power and graphics on offer, and having now played the final game, they have done that perhaps to the best level that any developer has on the new systems. 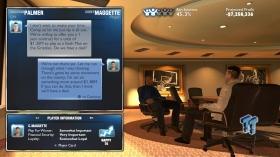 NBA 2K 14 is one of the most impressive sports games that I have ever played. I have never been the biggest basketball fan aside from playing some of the video games and catching a game here and there, but NBA 2K14 has changed this and there is numerous reasons why this is the case.

The first reason is that the game manages to completely capture the spectacle that is the NBA almost perfectly. The stunning introductions focusing on the cities under lights (just like on television), the perfect commentary and the impressive animations on display really show why this game has become the premier series for NBA fans, and also why it is one of the most impressive next-generation titles for the launch.

The second reason is that it just plays almost perfectly. The controls are well done and the new defence system does work and play a bit more like a traditional basketball match would. Whenever a player manages to break away and score a good basket against you, it never feels like the CPU was cheating more that you made a mistake and that is always an indication of a good AI system within a game. NBA 2K has this in spades. 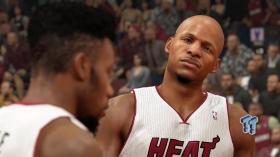 And the third reason is that it just sucks you into the game. The presentation is second to none in sports gaming today with a TV style taking you right the way through from the opening tip off to the end. A nice touch (and one that shows the level of detail in the game) is that at halftime, you get a preview of an upcoming match not including your own team. This is clearly 2K trying to build a TV broadcast style feel to the game and it works perfectly.

The fact the game is easy to pick up and play also assists with this. There are sliders that allow you to build your perfect game. You can customise the game to your liking and this means that players of any skill level can jump in. Finding the game hard? Turn the sliders down and over time increase them for more of a challenge.

Along with that presentation is the stunning graphics that are on offer. 2K promised a huge step up for the next generation and they have delivered. Players can easily be determined just by looks and most of the players have their facial details and other unique traits such as tattoos planted on their virtual skins and on the Xbox One, the graphics are just stunning to say the least.

Highly detailed player models, realistic crowds and stadiums and the flowing of the clothing on the players all adds up to a pretty incredible looking game. This is the kind of visuals you want after spending money on a new machine and NBA 2K14 delivers. And to go along with the visuals is 2K Real Voice, basically the players/coaches real voice present in the game during match interviews. 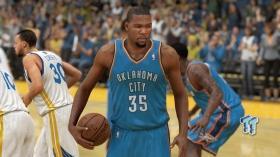 The regular modes return from the main game that were released a few months ago. You can play a career mode as an individual player trying to work your way up through the ranks of the NBA or you can choose to be the general manager, taking on all responsibilities. One aspect that makes the general manager mode easier is that you can ask some of your staff to take on responsibilities, such as dealing with injuries and roster changes. However, if you want to take it all on (and it's very in depth and time consuming to do so), you can.

This is clearly the mode where most people will spend their time, however, exhibition is also present as expected as well as an online mode to play against other players. In exhibition mode, the game features NBA Today where the latest results from the real-world will be discussed by commentators and there is also now the presence of the Euroleague as well as the NBA although the latter is quite dominant in how much it is featured throughout the game (as you would expect). One disappointment is that the Lebron: Path to Greatness mode has been dropped for this game and so unfortunately, the next-gen title is not without its cuts. 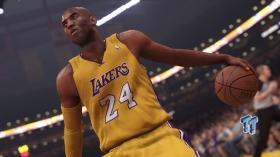 NBA 2K14 is a stunning game backed up by its impressive gameplay and overall presentation. When you consider what the next generation should represent, NBA 2K14 shows most of it. Unfortunately, one of the key game modes from the PS3/360 version had to be cut, but for the improved presentation visually, it could be a compromise you are willing to take. The gameplay is as good as ever and the new systems have just taken the game to the next level.

One thing is for sure based on this first outing, it could be a long time yet before the NBA title of choice is taken away from 2K Sports.